NEWSCABAL
Home » The case for a 4-day week: Why reduced working time is good for our wellbeing, the environment *and* the economy
fashion

The case for a 4-day week: Why reduced working time is good for our wellbeing, the environment *and* the economy 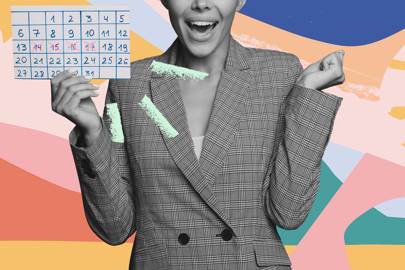 Shorter working time should be at the heart of post-pandemic recovery. That’s the message of The Case for a Four Day Week, a new book that sets out why reduced working time is good for human wellbeing, for the natural environment and for building a prosperous economy – and shows how it can be done.

And guess what? We are seriously here for it.

We get a taste for the elusive four-day week every May when we seem to have a run of short weeks when there’s more time for us to do the things we love plus a greater incentive to get through our workload at record speed.

And it seems we’re not the only ones gagging for a shorter week; a number of MPs, including Mhairi Black from the SNP and the Green Party’s Caroline Lucas, put the idea forward in a signed letter to Chancellor of the Exchequer Rishi Sunak this summer.

The MPs noted that a shorter week would not only benefit our mental health but also the environment and the economy, arguing the premise of a shorter working time has been used throughout history as a way to respond to economic crises and rises in unemployment.

We’re yet to hear back on the verdict but a girl can dream.

The post lockdown party is here…so why aren’t we happy about it?

In the meantime, we’ve been poring over a new book by Anna Coote, Aidan Harper and Alfie Stirling, who put forward a strong case for the four-day week. The three leading experts map out a pragmatic pathway to a shorter working week that safeguards earnings for the lower-paid and keeps the economy flourishing. They argue that this radical vision will give workers time to be better parents and carers, allow men and women to share paid and unpaid work more equally, and help to save jobs – and create new ones – in the post-pandemic era. Not only that, but it will combat stress and illness caused by overwork and help to protect the environment.

Here, they share an extract of their new book, which is vital reading for anyone looking for a better work/life balance (all of us, then).

It’s an idea whose time has come. As governments struggle to cope with Covid-19, going out to work for five full days a week is suddenly the exception rather than the rule. The number of workers who know what it feels like to have more free time has risen dramatically. So has the number of employers with experience of reorganising staff time. That’s good news.

The bad news is that restrictions on everyday life are hitting the poor hardest – through loss of jobs and income, as well as through delayed healthcare for other illnesses and enforced conditions that threatened mental and physical wellbeing. Few believe the economy will simply ‘bounce back’ in 2021 and there’s no chance the effects of pandemic will vanish as swiftly as they appeared.

Moving to shorter working time can build on the good news and help put an end to the bad. In the first instance, it offers a way of sharing a reduced supply of jobs among more people, cutting the numbers of unemployed and releasing others from the multiple strains of long-hours working. Crucially, this strategy is more than a temporary fix – it underpins a long-term transition to a fairer and more sustainable economy.

So it’s part of a broader policy agenda that includes raising hourly rates of pay, so that no one is forced work long hours to make ends meet. The book demonstrates a range of social, economic and environmental benefits that can accrue from a shorter working week. With rates of pay protected, it can improve wellbeing by reducing stress and anxiety, and making it easier to combine employment with domestic responsibilities.

Who needs a holiday? From hotel reopenings to Airbnb stays, these are your options for staycationing this Christmas under the new tier rules

It leaves men more time to care for their families and opens up more opportunities for women to reengage with the labour market. If this is to work well, it’s important that hours are as flexible as possible, to suit different needs. Some will prefer five short days to a three-day weekend, for example. Others may prefer more time off when becoming a parent, or perhaps an earlier but more gradual retirement. Gaining more control over one’s time is just as important as cutting hours.

There is evidence that when people put in fewer hours, the quality of their work improves, which can boost economic productivity and rates of pay. When people have more disposable time, they are also less likely to buy energy-intensive ‘convenience’ goods such as processed ready meals, or to opt for faster and less sustainable modes of transport, such as a car instead of a bike, or a plane instead of a train. Cross national comparisons show that countries with lower average hours of work have a smaller ecological footprint – irrespective of the level of overall consumption.

As the book demonstrates, this can happen now. It is a realisable vision, backed by lessons from history and plenty of practical examples from around the world today. And there’s a clear pathway for change.

Calling for an eight-hour, five-day working week was once considered a dangerous fantasy – until trade unions fought for it from the mid-19th century onwards, and employers began to realise it could be good for business. In the last two decades there have been popular experiments with short-hours working in many countries, including Sweden, Germany, the United States and New Zealand. Governments have passed laws to support reduced working time in France, the Netherlands and Belgium. The largest union in Germany, IG Metall, negotiated a 28-hour week with a major employer in 2018.

Changes happen gradually and unevenly, combining voluntary, negotiated and statutory initiatives. But the end goal is universal: to benefit the whole population and reduce inequalities, with everyone entitled to sufficient pay. A shorter working week is not a stand-alone strategy, but part of a progressive agenda that addresses major structural issues including industrial strategy, welfare state reform and climate mitigation.

The route map for transition starts with measures to support innovations by trade unions, individuals and employers, and then builds on existing entitlements with extended care leave, additional public holidays and tapered retirement. It proposes a standing Commission on Working Time to conduct independent analysis and ‘map out a consensual path towards increased statutory paid time off in return for slower future pay growth overall’. Further along the route are proposals for a legally enforceable ‘living wage’ that matches reductions in working time, public reporting of working hours by employers and gradually lowering statutory maximum weekly limits. Reduced working time is seen as integral to progressive programmes such as community wealth building, universal basic services and the Green New Deal.

The authors point out that our understanding of what is ‘normal’ is neither natural nor eternal but a human construct that alters in response to new conditions and experience. Today’s ‘normal’ is certainly in flux and the time is ripe for change.