I was staying with a friend in Los Angeles in 1983, documenting the punk scene when I saw a story in LA Weekly about this Mexican American gang the Hoyo Maravilla. Nobody much thought about East LA and the different communities there. I was fascinated by this culture that I, especially being British, wasn’t aware of.

I tracked down the story’s writer and he agreed to introduce me. I brought along a box of my prints of punks, mods and rockabillies that I’d been documenting in London for magazines such as the Face and Melody Maker and I said: “These are the gangs of London. I’d like to take photographs of you to show to the kids in London what’s going on in LA.” I spent much of that summer hanging out in a hot, dusty park that was the gathering spot for the Hoyo Maravilla.

I didn’t know this at the time, but the gang was in a turf war and it was a pretty dangerous place. To me, the gang seemed more like a big family. I’d start chatting to the kids and they’d say: “Do you want to come to my house and meet my grandma?” One time, some of the guys were doing graffiti while I took pictures, and the cops came. They rushed me into their mum’s house and she hid me in the closet because she didn’t want me to get arrested. Documentary and portrait photographers are not always sensible. Even recently, during the Covid pandemic, a lot of concerned friends have said to me: “What? You’re out photographing demonstrations, with all these people?”

The gang was in a turf war and it was a pretty dangerous place. But to me, they seemed like a big family

The women in this picture called themselves the Rivera Bad Girls. Their makeup, their style, their eyebrows – everything about them looks amazing and very different from the punks and the hip-hop kids I’d been photographing.

I tried to sell the pictures as a photo essay to Rolling Stone, Village Voice, everybody – but nobody in England or America was interested. So the photos sat on my shelf until 2011, when Dashwood Books in New York published them. The book, El Hoyo Maravilla, got a lot of play on social media and one of the girls in the photo contacted me, then one of the guys, and I ended up shipping prints to them.

Another former gang member contacted me on Instagram today. It’s exciting to hear from them all. You go into a community, you take pictures, and then you’re gone. Then 30-plus years later, you feel like you can give something back. When I had an exhibition in LA in 2013, I invited the ladies, who still live in that neighbourhood. It was a huge opening with a big party in the parking lot with DJs, and they were the stars of the show.

They’ve all done really well. One of them works for the district attorney’s office. One works for the gang rehabilitation group Homeboy Industries, and the other works in human resources and drives a Mercedes. But they told me that 90% of the people who were in my book were either in jail or had been killed. One of their husbands was killed and she had remarried. I visited her at home and she had my photo in the bedroom. We had a long, giggly, discussion. I thought I’d done the photos in 1982 but she said: “What colour was the car? If it was blue, it was 1983.” Somebody had been shot in the car, and it was covered in blood, and they had to repaint it.

My photographs are a collaboration between me and the subjects. You want to talk to them and find out who they are, and then take a picture. I don’t really pose people. I like them to be comfortable in their own skin. These girls posed themselves, which is why there’s an honesty to it. Respect and communication go a long way. When I was photographing the hip-hop scene, I’d go to the Bronx and people would say: “You ain’t from here are you?” As a woman, I’m not intimidating, and they somehow respect you for being there and not being scared.

I was using a Hasselblad camera at the time. Most people had never seen a camera that looked like that. You don’t pull it up to your eye – you look down at it. I bought it in 1978 for my first album cover commission, for an unknown band called the Police. Album covers are square, so I thought I’d better buy a square-format camera, and then I fell in love with it. You could make huge, beautiful prints because the negative is bigger than a 35mm negative. A lot of the classic pictures I shot during the hip-hop era – Salt-N-Pepa, Run DMC – were done with that camera. You can’t just go click, click, click. You look, you take your time; it’s a different way of photographing people.

Top tip: “Follow your passion. Put in the work. Treat people with respect.” 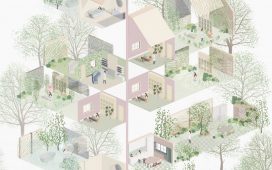