THREE areas in England have seen cases of coronavirus double in one week.

And only two per cent of the country have seen case rates decline in another sign of the worsening outbreak.

This interactive map shows what the case rate, per 100,000 people in the population, is in your area.

Official figures show Carlisle has recorded the highest jump in the seven days to January 1, after 1,013 new cases were diagnosed.

Susan Hopkins, of Public Health England, revealed on December 21 that Cumbria was a “small hotspot” of the new coronavirus variant, which has predominately affected the south.

Now, Colin Cox, Cumbria’s Director of Public Health, said in recent days the new variant of the virus – up to 70 per cent more infectious – has fuelled a marked rise in new cases

And Peter Rooney, chief operating officer for NHS North Cumbria Clinical Commissioning Group, said: “There is no doubt that our services across the health and care system are under pressure and we are grateful to our exceptional staff who are coping with an escalation in demand.”

Rushmoor, in Hampshire, home to 95,000 people, has the second highest jump.

It’s almost twice as high as the 658 the week before.

The area remained in Tier 2 for several days before Christmas while neighbouring authorities were put into Tier 4 to limit the spread of the new variant.

The Isle of Wight – recognised as the luckiest parts of the country during December with staggeringly low cases – has the third highest jump.

Dave Stewart, leader of the Isle of Wight Council, says he is concerned about ‘Covid complacency’ being experienced across the Island, local media reported.

It comes as health chiefs warned the new coronavirus variant that emerged in Kent is now “spreading around the country”.

Professor Chris Whitty, the chief medical officer for England, told the No10 press briefing last night it is now “taking off” in areas of the country previously unaffected.

The largest increases are in the places with lower coronavirus rates, such as the North West and North East, compared to the southern parts of England which have already been battered by the new strain.

New figures suggested one in 50 people were infected with the coronavirus last week.

The ONS figures show an estimated 1.1 million people in private households in England had Covid-19 between December 27 and January 2 – equivalent to around 2.06 per cent of the population.

Prof Whitty said it was “really quite a large number indeed”.

He added: “If we did not do all the things all of us must now do, if people don’t take the stay at home seriously, the risk at this point in time, in the middle of winter with this new variant, is extraordinarily high.”

The alarming figures forced the PM to use another lockdown which is feared to stay in place until March.

WHERE ARE CASES HIGHEST?

Barking & Dagenham in London continues to have the highest rate in England.

London as a region has the highest infection rate in England, according to official figures.

The capital has diagnosed 971 new cases per 100,000 in the last seven days – more than three times higher than in Yorkshire, with 265.

It comes as mounting pressure on NHS hospitals means coronavirus patients could be selected for treatment by a “lottery” system in the event the health service is overwhelmed.

READ  Covid: When will it be over and we can do this again?

Guidance sent to specialists across the NHS states that “fair decisions” will need to be made “in times of inadequate resources”.

Hospitals are bucking under the pressure of the post-Christmas surge in patients, and was at risk of being “overwhelmed” within three weeks if no action was taken.

Prime Minister Boris Johnson said when the number of patients in hospitals in England is now 40 per cent higher than at the first peak in April, tighter restrictions were the only option.

But the new variant of Covid-19 will not be as easy to control through lockdown as the old variant, an infectious diseases expert has warned.

Professor Mark Woolhouse said that people should temper expectations about the impact of the current lockdown and that simply stopping the situation getting any worse “would be a good outcome.”

The infectious disease epidemiology professor at the University of Edinburgh told BBC Good Morning Scotland: “It should be about a week before we see the immediate impact on cases. We have to be careful here and temper expectations.

“The new variant is not going to be as easy to control as the old variant, the one that was controlled by the lockdown in March, so we’ll have to wait and see whether it’s actually a decrease in cases or simply stopping the situation getting worse, stopping there being any further increase, and that, at this point in time, would be a good outcome.

“The epidemiologists are in two minds. Some people say that the schools being out will decrease the number of cases but some have said the Christmas holidays will have increased them so I’m afraid we’re going to have to wait and see for a couple of weeks before we know clearly what the trends are.

“What we have to be prepared for, as Nicola Sturgeon has said, is the fact that this is going to go on for some time yet.” 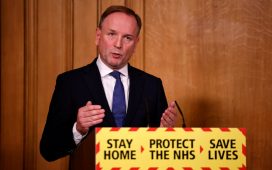 Asthma sufferers are urged to check the colour of their phlegm – when to see your doc, revealed

A man in shorts has spring in his step | Brief letters 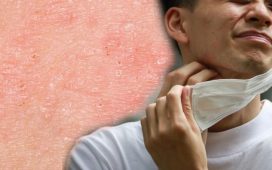 Coronavirus symptoms update: Urticaria is a hive-type rash to look out for