The mother told authorities that Massey has known her daughter since she was 4 years old and that he knew her age. According to the mom, Massey asked that she send her daughter to Los Angeles, where the 13 year old could stay with him and his girlfriend.

She told the detective that she sued Massey in civil court in California, but eventually realized he “didn’t have enough money to make the case worth it,” per the certification. She then called the Sheriff’s office in Washington, where the family lived during the alleged incident, to move forward with criminal allegations. Detective Arvidson spoke with the mother’s lawyer in March 2020 and learned that she had dropped the civil lawsuit in California “due to the lack of money that Massey had.”

In 2019, a Jane Doe and mom Anne Doe sued Massey for $1.5 million in California, accusing him of “attempting to commit a lewd act with a minor.” In that case, the mother and daughter alleged that the girl was 4 years old when she met Massey at Universal City. Massey allegedly became a “father figure” to Jane as she wanted to pursue a career in entertainment. When she was 13, he allegedly sent “numerous” explicit videos and messages, including “a Snapchat image of Massey holding his penis,” per the 2019 lawsuit.

Massey’s attorney Lee. A. Hutton provided E! News with a statement when the lawsuit was filed, in which the Corey in the House star denied the claim.

Through his attorney, the actor said, “No child should ever be exposed to sexually explicit materials and I unequivocally and categorically deny any alleged misconduct.  In early 2019, Plaintiff’s attorneys demanded $1.5 million threatening to go public to destroy my career if I did not comply.”

He went on, “My family and I rejected this extortion attempt, because I have faith that the legal process will reveal the truth. I have retained attorney Lee A. Hutton to guide my family and me through the process and I ask my fans and the general public not to jump to conclusions based on the allegations alone but reserve judgment until the whole story comes to light, proving these allegations baseless.”

E! News reached out to Massey’s rep for comment but did not hear back. 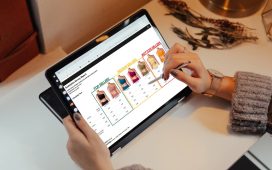