Graeme Souness accused Paul Pogba of making a ‘leg-breaking’ tackle on Ruben Neves during the build-up to Manchester United’s decisive goal in Sunday’s 1-0 win over Wolves.

Ole Gunnar Solskjaer’s side moved up to third place in the fledgling Premier League table, following a fortuitous win at Molineux which owed much to David de Gea’s reactions, allied to Mason Greenwood’s golden touch in front of goal.

In the process, United extended their unbeaten record away from home to 28 games, usurping Arsenal’s Invincibles in the process, but the goal which earned them three points was highly contentious.

Pogba’s loose touch in central midfielder was pounced on by Neves, and in attempting to make up for his error, the France international jumped in an clearly made contact with his opponent’s shin guard.

Referee Mike Dean was standing less than two yards away from the incident but deemed Pogba’s challenge fair and VAR refused to intervene moments after Greenwood powered his side ahead, much to the astonishment of Souness.

He told Sky Sports: ‘The referee is there to referee the game. He’s not blindsided by anything. He’s two metres away from it. Whether Neves goes down or not that immaterial.

‘That is a leg-breaker. Look how close he is, that’s a leg-breaker. Anyone who has played this game standing two yards away from that tells you it’s a dangerous challenge.’

Pogba, himself, had earlier defended the challenge, saying: ‘I didn’t touch him. This is the Premier League, it was a 50-50, every weekend that is happening.’

Neves, however, was livid that neither the match official or VAR spotted a foul, saying: ‘Everyone saw it, everyone saw my leg, we always do meetings and everything with referees about VAR, I don’t know why.

‘They said before the season started they will look for contact – if the contact is strong enough, they will give the foul. I showed them my leg.

‘I think maybe because last game it was a foul before the Southampton goal, maybe now they did the opposite. I showed my leg to the ref, I showed to the assistant ref, I cannot say anything more.

‘After the game he said ‘you both go to the ball’ and I said ‘yes, we both go to win the ball but I was the one who touched the ball’. It’s a foul, a clear foul.’ 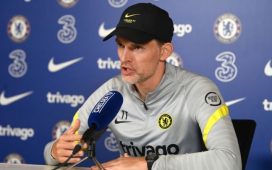 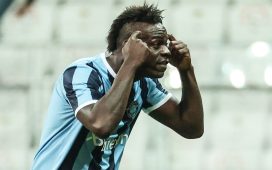 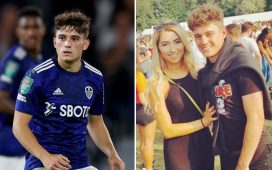