The king of Thailand was taken to hospital in a secret 2am visit this week after one of his bodyguards tested positive for Covid-19, it is claimed.

Playboy monarch Maha Vajiralongkorn was treated in the Thai capital before leaving the hospital in the early hours of Wednesday, according to German newspaper Bild.

The newspaper – which has broken numerous stories about the Thai king who spends much of his time in Germany – says that one of Vajiralongkorn’s guards recently contracted the coronavirus after the royal entourage flew back to Thailand.

However, the reason for the king’s apparent hospital stay has not been revealed and medical staff were reportedly told to keep quiet about it. 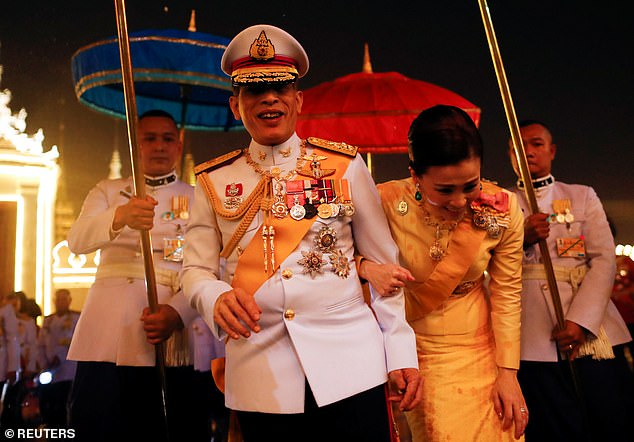 Thailand’s King Maha Vajiralongkorn, accompanied by Queen Suthida, greets royalist supporters after the monarch’s recent return to the country to mark the fourth anniversary of his father’s death

Vajiralongkorn, 68, recently returned to Thailand to mark four years since the death of his widely respected father, King Bhumibol Adulyadej.

However, it is claimed that nobody in the king’s entourage went into quarantine when the bodyguard tested positive.

This included the king’s wife, Queen Suthida, and his son and heir presumptive, 15-year-old Prince Dipangkorn.

The king’s rare visit from Germany coincided with anti-government protests and clashes between royalists and pro-democracy activists in Bangkok.

Some Thai protesters have complained about the cost of the king’s stays in Europe as well as his absence from the kingdom.

Protesters also want to reduce the king’s powers under the constitution, which specifically allows him to exercise powers when he is outside Thailand without appointing a regent.

Their demands also include the removal of his direct control of a royal fortune valued at tens of billions of dollars. 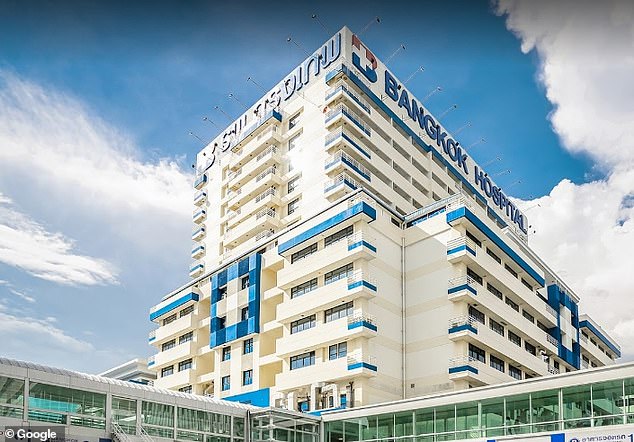 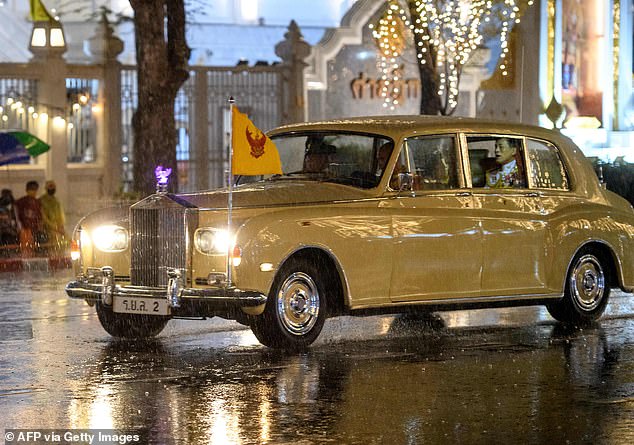 While German media frequently covers the king’s exploits in Germany, details of his life there are not carried in Thai media.

Thailand has some of the toughest defamation laws in the world to protect the king’s reputation, with sentences of up to 15 years for insulting the monarchy.

Earlier this month, Germany issued a rebuke by saying that ‘politics concerning Thailand should not be conducted from German soil’.

‘If there are guests in our country that conduct their state business from our soil we would always want to act to counteract that,’ said foreign minister Heiko Maas.

The EU halted contact at all levels with Thailand after a 2014 coup but resumed trade talks after a general election last year.

Maas said that halting negotiations was ‘an option’ to exert pressure but it would be right to discuss with Thailand first.

Reports earlier this year said the king had booked out the whole fourth floor of a Bavarian hotel which includes a ‘pleasure room’ and is decked out with ‘treasures and antiques’ from Thailand.

He was said to be accompanied by ‘sex soldiers’ be assembled as a military unit called the SAS like Britain’s special forces – with the same motto, ‘who dares wins’. 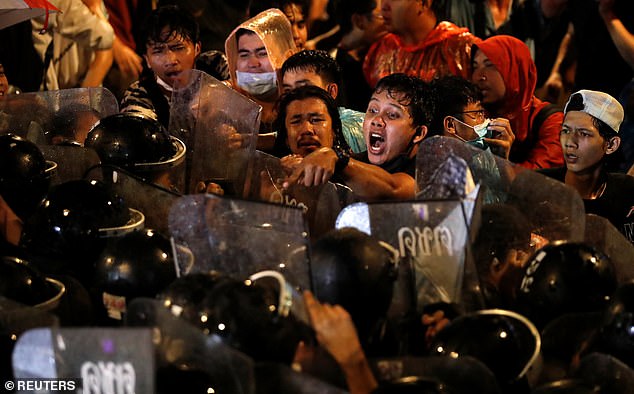 One hotel worker said staff were forbidden from the fourth floor where the king and his entourage have set up camp.

Queen Suthida reportedly spends most of her time at Hotel Waldegg in Engelberg, Switzerland, without her husband.

While Thailand has been roiled by decades of political turmoil, the constitution says the monarchy must be held ‘in a position of revered worship.’

Vajiralongkorn succeeded to the throne in 2016 after the death of his father, King Bhumibol, who had reigned since 1946.

The new king was not formally crowned until May 2019 when carried on a golden platform in a six-and-a-half-hour procession through Bangkok.

During the ceremony he was carried on a golden platform in a spectacular six-and-a-half-hour procession through Bangkok’s historic quarter.

Just days before the coronation, the King married his long-term consort and gave her the title Queen Suthida, in a surprise move.

Suthida Vajiralongkorn na Ayudhya, a former Thai Airways flight attendant, had to lie on the floor as she was given a gift by the king during the marriage ceremony.