Pope Francis is speaking out Wednesday following the Robb Elementary School shooting in Uvalde, Texas, saying that “tragedies like this cannot occur again.”

Francis, addressing his general audience at the Vatican, said he is “heartbroken about the massacre” and is praying for the 19 children and two adults who lost their lives after shooter Salvador Ramos opened fire Tuesday.

“It’s time to say ‘Enough’ to the indiscriminate trade of weapons!” Francis added.

Pope Francis delivers his speech during his weekly general audience in St. Peter’s Square, at the Vatican, on Wednesday, May 25.

Francis’ remarks were met with applause from his audience, according to Reuters.

As of Wednesday, the motive for the school shooting remains unclear.

The death toll currently stands at 19 children and two adults, one of which is a teacher, Texas Gov. Greg Abbott said.

Ramos, a Uvalde resident, acted alone and has died following the shooting, according to authorities.

A state trooper walks past the Robb Elementary School sign in Uvalde, Texas, on Tuesday, May 24, 2022, following a deadly shooting at the school.
(William Luther/The San Antonio Express-News via AP)

The assault at Robb Elementary School was the deadliest shooting at a U.S. grade school since a gunman killed 20 children and six adults at Sandy Hook Elementary in Newtown, Connecticut, almost a decade ago. 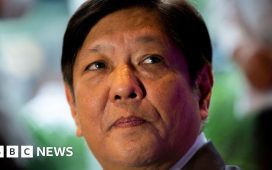 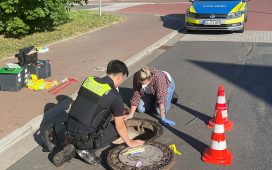 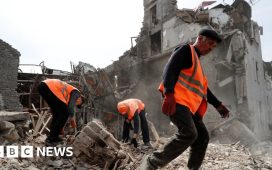 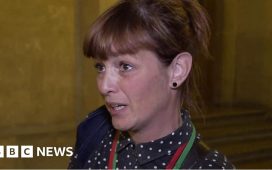 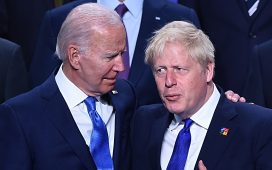