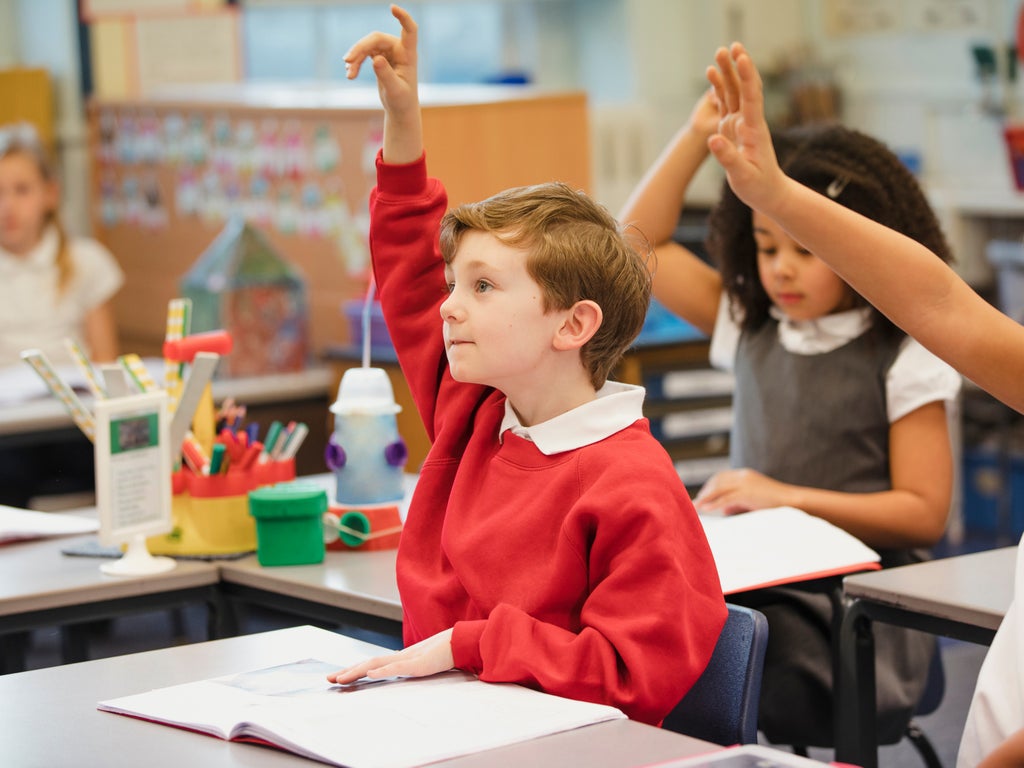 Tens of thousands of families in England are unable to secure a good school place because of where they live, a new report has found.

The report said many pupils were “already suffering lost learning” before disruption caused by coronavirus while in “stubbornly underperforming schools”.

It painted a stark picture of regional disparities across the country, with some areas much more likely to have students attending underperforming schools than others.

Primary school pupils in Yorkshire and the Humber, the East Midlands and the southwest were 12 times more likely to live in areas with an above average share of students attending schools ranked Inadequate or Requiring Improvement than their peers in London.

There was also a “particular issue” with the quality of primary schools along the East and West Midlands border, with many of the worst performing local authorities for primary education in this belt, the research by think tank Tomorrow Onward and charity New Schools Network found.

Across England as a whole, more than 200,000 primary school pupils lived in areas where there were no schools rated Good or Outstanding in 2018, when the latest available data is from.

The report, called Lost Learning: Why we need to level up education, also suggested regional disparities in the quality of secondary education available.

In northern England, secondary school students were five times more likely to live somewhere with a greater proportion of pupils going to underperforming schools than average compared to peers in London.

In the northeast in particular, 11 out of 12 local authorities had a higher share of pupils going to an underperforming school than average, Tomorrow Onward and New Schools Network found.

And in South Derbyshire, every secondary school was underperforming, according to the report, which analysed every mainstream primary and secondary school in England using Ofsted evaluations up to spring 2019 and government attainment data.

Tory MP Jonathan Gullis said in the foreword: “Levelling up has come to mean a wealth of different things, but ultimately it comes down to improving opportunity. We all have talent but tragically opportunity is not distributed evenly.”

He added: “There is no part of society where this is more true, and more important, than in education.”

The report said: “The link between levelling up and education is further reinforced by the fact that many of the places with the lowest levels of educational opportunity also score highly on indices of deprivation and social fabric, with coastal and post-industrial towns dominating.

“The message is clear: if ministers are to deliver on the promise of levelling up, they will have to take steps to overturn years of stubborn underperformance among England’s schools.”

The new report comes after separate research earlier this month suggested regional differences in learning loss during the Covid pandemic, with Yorkshire and the Humber, the northeast and the East Midlands hit the hardest.

Tomorrow Onward and New Schools Network called on the government to take action to level up education across the country, including paying outstanding teachers £10,000 extra a year to move to underperforming schools.

It also called on the government to ask Ofsted to rank multi-academy trusts on their ability to turn around underperforming schools and to take into account the progress of disadvantaged pupils in inspections.

A Department for Education spokesperson said: “The proportion of schools judged as Good and Outstanding has increased from 68 per cent in 2010 to 86 per cent in August 2020.

“But we know there is more to do, which is why we continue to drive up standards for young people wherever they live, and are moving decisively towards a single model for the school system, built on strong multi-academy trusts as its foundation.”

They added: “The Education Secretary Gavin Williamson recently announced that we plan to consult on bringing schools with a history of long-term underperformance into strong multi-academy trusts to help improve outcomes for pupils, parents and schools.”

If education is such a great investment, it deserves serious international backing