A pedestrian who fatally stabbed a driver who shouted at him for crossing the road carelessly has been convicted of murder and sentenced to a minimum of 23 years in prison.

Alexander Layton was convicted of murdering James Stokoe, a 40-year-old father, in his BMW in Thornaby, Teesside, in May 2020, after a trial at Teesside crown court.

Stokoe’s four-year-old son was strapped in a car seat during the attack and has been “substantially affected” and left needing therapy because of the trauma of his father’s murder, the court heard.

Layton, 34, from Thornaby, caused Stokoe to brake sharply as he crossed the busy main road after getting off a bus. Stokoe pulled over to shout at Layton, who walked up to the car and repeatedly stabbed his victim with a 30cm (12in) kitchen knife he was carrying in his rucksack.

In the course of the attack, Stokoe’s femoral artery was severed. Although an air ambulance was called to the scene, Stokoe bled out in minutes.

Evidence showed that Sokoe, who was strapped to the seat behind the wheel, tried to defend himself. The fatal wound was inflicted with such force that it passed through the victim’s thigh.

“James Stokoe was a happy, successful, proud husband, father and son. He did nothing to justify your attack upon him,” he told the defendant.

After the attack, which was witnessed by many passersby, Layton fled the scene and disposed of the knife, which has not been recovered. He spent the night camping in Great Ayton and was arrested the next day in a pizza shop.

Layton pleaded not guilty, claiming self-defence. However, the jury convicted him of murder after deliberating for less than three hours on Monday.

During the sentencing, the judge said that Stokoe’s son had been “substantially affected by all he saw and lives in fear of a similar attack”. 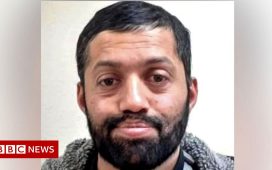 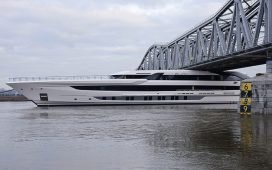 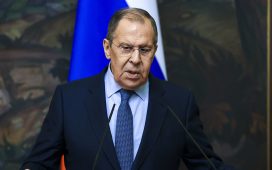