TEEN Mom star Gary Shirley revealed his wife Kristina is going to nursing school as he made sure to let her know he has “the house covered” while she’s gone.

All this comes after the reality star’s ex Amber Portwood made some serious allegations against him.

The 34-year-old took to Instagram to share a photo of Kristina posing in scrubs as she smiles with one hip on her hand.

Gary captioned it: “Proud of my wife, Starting her schooling pursuing her Medical career.

“This is her passion. Her #1 passion is kids. She might end up in pediatrics hospital.

“Wishing her all the best. Love you wife, I got the house covered. I’ll help you study.”

People were loving the special moment as they took to the comments section to respond, with one person writing: “You are an amazing husband and your wife a beautiful person.”

Another added: “You and your wife are absolutely amazing! Kristina is a role model of kindness that we don’t see enough in this world!

“Adore you both and the journey you have shared with us.”

The couple, who tied the knot in 2015, share daughter Emilee together – he also confirmed they are not expecting another child after he shared a pic kissing Kristina’s belly.

Late last month, Amber claimed her ex-husband told her “you miss Big Daddy” and “made her lie on top of him.”

In a video published by Teen Mom Tea, the reality star recounted: “How many times did we talk about sexual encounters that we used to have?

“How many times did you sit there and say ‘oh, you’re missing big daddy’?

“I mean, there’s even one incident where I was super super sad, you’re the one that sat on the couch, brought me, lied down, forced me to lie down on you, put your arm around my waist, underneath my boob and started rubbing on my head.”

Amber also branded Gary and Kristina, as “gross,” “cheaters” and “two-faced liars” after the pair compared her to a “teenage daughter.”

Previously, Teen Mom fans accused Amber of “taking advantage” of Gary after they noted how her baby daddy visits her every day and brings her groceries and medicine.

Meanwhile, Amber is also dealing with her other baby daddy Andrew Glennon, as the former couple are in the midst of a nasty custody war over their 2-year-old son James.

Andrew has primary physical custody of James, while Amber has three unsupervised visits a week with the toddler. 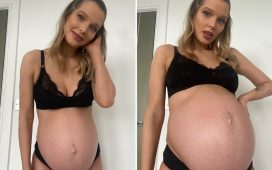 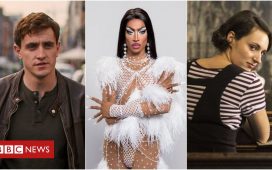 BBC Three will return to TV screens after six-year break 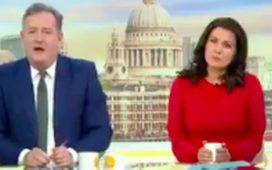 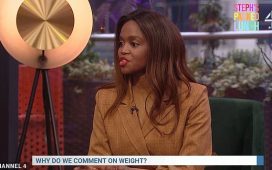 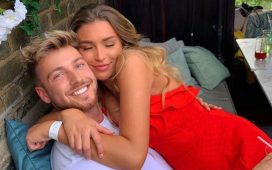