Stock markets dropped in Europe and Asia following a slide on Wall Street, with technology shares sustaining a fresh blow from concerns that rising inflation will prompt central banks to tighten monetary policy.

Europe’s Stoxx 600 index dropped 2 per cent, with markets in Germany and France down by a similar margin. London’s FTSE 100 fell 2.3 per cent. Futures trading indicated an index of the 100 biggest stocks on the tech-heavy Nasdaq Composite could fall more than 1 per cent at the opening bell in New York after a slide on Monday.

Technology shares endured the heaviest selling in Europe on Tuesday, with the Stoxx 600 tech index sliding 2.3 per cent. Every other major industry group was also lower on the day, according to Refinitiv data.

Investor concerns that a broad rebound across global economies and rising costs for many raw materials will stoke a sharp rise in prices for consumers and companies have flared up in recent weeks.

Fears are mounting that the US Federal Reserve could be forced to reduce its $120bn of monthly asset purchases that have boosted equity markets through the pandemic more rapidly than it intended to, leaving the most richly valued shares, such as those of big tech companies, most vulnerable to a correction.

“Inflation is creating a lot of fear among investors because of the possibility that the central banks are not ready to deal with it,” said Aneeka Gupta, research director at WisdomTree, who added that she expected a lasting rise in prices as opposed to a “transitory” increase.

The US five-year break-even rate, an important measure of market expectations for price growth, hit 2.733 per cent on Tuesday, which would be the highest level on a closing basis since 2006, Bloomberg data show.

Meanwhile, mentions of “inflation” among executives in Wall Street corporate earnings conference calls has risen near a record high struck a decade ago, with many companies planning to pass on higher costs by raising prices, according to Bank of America.

The spectre of more vigorous cost pressures was amplified on Tuesday by data showing Chinese factory gate prices, an indicator of what domestic consumers and western importers will pay for goods, rose to a three-year high of 6.8 per cent last month, year on year.

Higher price growth is being fuelled by a global chip shortage, a boom in the price of commodities from steel-making ingredient iron ore to lumber and a rapid rebound in major global economies.

Fed chair Jay Powell and other US central bank policymakers have said they are willing to tolerate short bursts of higher prices in order to support the economic recovery.

The yield on the benchmark 10-year US Treasury bond was little changed at 1.615 per cent on Tuesday. However, it has climbed from about 0.9 per cent at the start of the year as traders bet on a longer-term inflationary trend that would erode the returns on such fixed-income securities.

Higher Treasury yields also eat into the value of companies’ future cashflows, something that is particularly punishing shares in tech and other growth businesses whose profits may not peak for decades.

Strong moves out of such shares have already caused the value of Cathie Wood’s flagship Ark innovation fund to tumble by about a third from its February high. Ark holdings like Tesla, which led the way higher during last year’s big equities rally, have pulled back sharply.

Not all analysts are bearish about the future direction of equities.

“While investors have been worrying about inflation lately, we expect any near-term spike in inflation to be temporary and [are] not concerned with persistent inflation,” said Andrea Bevis, senior vice-president at UBS private wealth management.

In Asia, Hong Kong’s Hang Seng closed more than 2 per cent lower and Japan’s Nikkei 225 ended the Tokyo trading session down more than 3 per cent.

Your crucial guide to the billions being made and lost in the world of Asia Tech. A curated menu of exclusive news, crisp analysis, smart data and the latest tech buzz from the FT and Nikkei 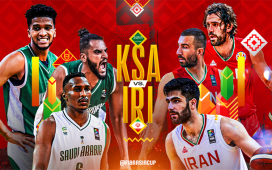 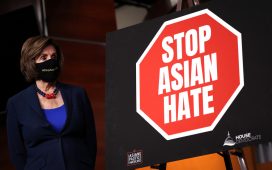 As laws tackle anti-Asian attacks, advocates push focus to the hate behind the crime 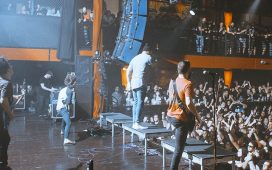