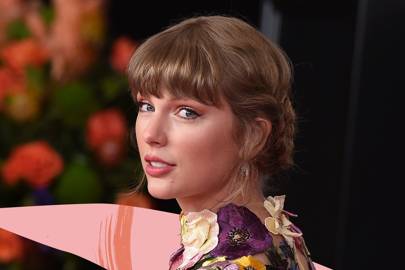 Taylor Swift and Harry Styles may not have had the best break up back in 2013 but it seems there’s no love lost between the exes, who both attended this year’s Grammy Awards.

The two pop stars became the talk of Twitter after Taylor was spotted on her feet, clapping for Harry as he accepted his award for Best Pop Solo Performance for his hit ‘Watermelon Sugar’ at the virtual ceremony – a category she was also nominated in herself.

Taylor’s adorable reaction was caught by the cameras and instantly became a viral clip on twitter, with both her fans and Harry’s fans gushing over the sweet moment.

During his speech, eagle-eyed fans spotted that some of Harry’s words were bleeped out, though there’s a lot of confusion as to why and what exactly he was saying. But we’re assuming it was just a technical glitch – is it even a virtual awards show without a few audio mishaps?

Harry and Taylor dated from late 2012 til early 2013, with the former One Direction star being a source of inspiration for some of Taylor’s popular hits. During an interview in November 2020, seven years after their break-up, Harry spoke candidly about some of the songs Taylor has made about him for the first time – including songs like Out of the Woods and Style.

“I think about what it means to me to write a song about somebody else and for somebody else to do that, it’s like flattering, even if the song isn’t that flattering, you still spent time on it and ultimately, using Taylor as an example, she’s a great songwriter. So at least they’re good songs,” he said.

“The only time you really think, ’Is this song too personal?’ is if you think about, ‘is this going to be really annoying for the other person?’ Because I do [care],” he added. 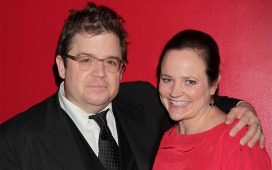