Taxi fares to increase from 1 August

“Santaco regrets the impact of these increases on the commuters especially the poor, but unless they are effected, many taxi operators will struggle to stay in business and consequently offer this much-needed service,” says spokesperson Thabisho Molelekwa.

Molelekwa attributes the fare hikes to the series of hikes in the fuel price.

ALSO READ: Roads to be affected in fuel protest

Taxi operators and owners in the different provinces will decide on the specifics of the fare increases.

“The process to increase fares are open. Structures in the provinces and regions will now begin their own processes as to how they will increase the fares in terms of how they normally relate to commuters on the ground. They will inform them timely, giving them probably between a month or so to prepare for the increases,” says Molelekwa. 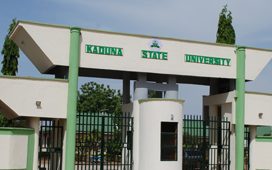