British cycling has a new star and his name is Tao Geoghegan Hart.

Now Geoghegan Hart has joined the elite list following his superb victory at the 2020 Giro d’Italia at the weekend.

After securing the title in Milan, Geoghegan Hart became only the second British man to win the Giro after Froome in 2018, BBC Sport reports. He also follows Froome, Wiggins, Thomas and Simon Yates to become only the fifth British male rider to win a grand tour, one of the three major European cycling stage races – the Giro d’Italia, Tour de France and Vuelta a España.

Since Wiggins won the Tour de France in 2012, there have been ten British grand tour victories, says The Independent. You can now make that 11.

Riding for Ineos Grenadiers, Geoghegan Hart admitted it was a dream come true to win in Italy. The 25-year-old said: “Not in my wildest dreams did I imagine this would be possible when we started. It’s incredible, really incredible.”

Geoghegan Hart’s journey with Ineos Grenadiers – who were formerly called Team Sky and Team Ineos – started back in 2010 when the youngster skipped school to watch the launch of the new team.

Recalling the moment, team principal Dave Brailsford said: “When we first started the team, Tao bunked off school and came along to watch Brad [Wiggins] and the guys when they launched the team. He rode behind Brad, and it’s a story he likes to tell. All of a sudden he was in the team, and all of a sudden he’s in this position. You couldn’t make it up. It’s the stuff of dreams, it really is.”

Hailing Geoghegan Hart’s victory in Italy, Brailsford says the youngster is “leading the way” for a new generation of riders.

“I think one of Tao’s great attributes is that he’s a great racer,” Brailsford told BBC Radio 5 Live. “He’s got a nose for it, he can feel a race. It’s something really cool about a whole new generation of young guys coming along now and they’re really, really good racers. It’s very fun to watch.

“The sport’s changing, it’s getting more dynamic, so he’s leading the way, really, for a new generation of youngsters, which is incredibly exciting to see.”

Ten years after riding behind his heroes during Team Sky’s launch in 2010, Geoghegan Hart is now centre of the Ineos Grenadiers’s squad.

The London-born cyclist deserves his success and is the “real deal”, says Axel Merckx, who was Geoghegan Hart’s coach and mentor at Axeon from 2014-16.

Writing in The Guardian, Merckx said: “Tao is someone who touches a lot of people in his life and that’s the main thing you have to remember about him. He’s the real deal. When he rode for us, he rallied the troops, he encouraged his teammates, and he also told us when it wasn’t good enough – not in an angry or negative way, but in a kind and encouraging manner.

“Tao’s got a mature head on young shoulders. He’s older and wiser than most men – even me sometimes. He’s an old soul in a young body.” 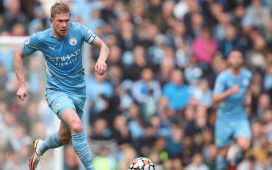