And what did you see my blue eyed son? And what did you see my darling young ones? I saw a Peruvian TV anchor with a sweat-soaked pastel blazer. I saw a Thai radio crew in a state of mild hysteria. I saw the man from the Deccan Herald being elbowed by Spaniards. I saw 200 tired, flustered people with digestive problems carrying Sochi 2016 rucksacks and pleading in 17 languages for an overflow desk.

It is generally assumed Bob Dylan’s haunting, visceral lyrics to the song A Hard Rain’s A-Gonna Fall, quoted above, were inspired by a vision of impending apocalypse. Perhaps the terror of the Cuban missile crisis that year or the spectacle of America’s gathering military-industrial complex.

Less well known is the fact the song was written shortly after Dylan had made a trip to the 1962 World Cup in Chile where, as an accredited acoustic entertainer, he happened to be present in the Santiago press centre to witness the first ever Wait List media ticket distribution process. This could just be coincidence. Dylan has never specifically denied the connection.

A column about the haunting, visceral spectacle of the World Cup media ticket Wait List. Nobody’s going to read that, said every quietly disappointed desk editor ever. But you never know.

The Wait List, which will be in swing an hour before each of this weekend’s fixtures, is a glimpse into the Fifa machine. It is also at times a very funny experience, provided your idea of a good joke is having your face pressed into the armpit of a massively stressed 17-stone Argentinian cameraman.

There are around 5,000 accredited media at Russia 2018. These are divided into sub-categories of written press, broadcast crews and non-specific well-dressed people who sit around talking and laughing when you’re 10 minutes off deadline.

The Wait List is how these various types get match tickets and mixed zone passes when they’ve missed out in the ballot, either because they lack specific A-list entitlement for that game or because of some gruelling logistical balls-up.

And so they come as kick-off looms, crammed in with all the other people on the verge of failing to complete the job they travelled thousands of miles to do, having begged their bosses or bank managers for the chance, gathered at the railings of the Fifa desk like refugees staring across the Volga at the last boat out of Stalingrad.

Among the sneaky elbows, the Putas and Scheisses and Pizdets, in this place where almost every single person is from a different country, you can find a camaraderie too. There’s the Scandinavian man I pushed in front of in Moscow who said, ah, you reviewed my book six years ago. The Ghanaian woman who finds the food a bit indigestible. The Indian bloke I’ve stood next to in the Wait List at two, maybe three successive tournaments and who nods curtly each time as though this is the local Tesco Metro or the bus stop.

Eventually, the Fifa lady will arrive. The excitement cranks up. The faces become more gaunt with longing. Someone will crack at this stage and start yelling or trying to break through the barriers. Silently, the Fifa helpers glide forward and lead away the man from Peru who has lost his wallet and is sleeping in a cupboard and hasn’t got into a single game yet. He looks remorseful. Respect it. Respect the Wait List.

The Fifa lady looks calm. But then she has to. She’s all we’ve got. I’ve come to appreciate the Fifa lady. She’s scrupulously fair. She sticks to the list in strict order of arrival. She has a patient, pitying air, like the head nurse in the bed-wetting terminal loser ward. I trust her. I obey her. I … love her.

As the air crackles with event glamour, the names finally start to come. “Mr Zheng, China Daily.” “The Congolese Football Association.” Each one draws a hateful hush. At the last World Cup there was a heady occasion where I was the first name read out off the Wait List (“BIRRRNY!! ROWWWNAY!!”). To my enduring shame I came skipping up like a contestant on a TV game show, waving the ticket above my head like it was a voucher for a brand new fridge freezer.

There will be a lot of this kind of thing when England play Sweden in Samara, a massive game in a non-massive stadium in the shirt-soaking heat of the south. As for the semis and the final, well, the scrum will be monster‑scale, a mass three-day wrangle for access.

This is just the scale of Big Football now, the ceaseless clamour around an ever-more engorged global beano. The current World Cup has confirmed what we knew, that the planetary obsession has simply intensified, that we cannot get enough of this stuff, cramming down great dripping handfuls, gasping always for more.

The TV viewing figures are vertiginous. Fifa announced this week it has had 89m hits on a social media platform I’ve never even heard of and at times football does feel a little overpowering. In the Fifa grasp it can seem atomised, something to be relentlessly wrung out, a commodity dispensed only from behind the VIP rope.

Where did all this obsession come from? Can it just keep on happening? Will we ever find ourselves un-hooked? Is enough ever really enough? How many Wait Lists must a man walk down? The answer to all of these, my fellow guests behind the railings, is blowing in the Fifa-partnered wind. 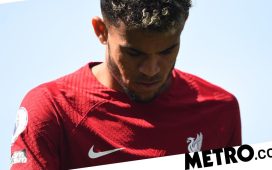 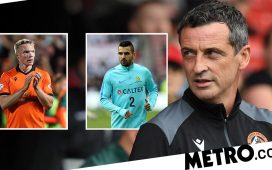