Back in the days before the Grand National fences had their fangs filed down a bit, the famously foolhardy Duke Of Alburquerque once rode in the race with a freshly broken collar bone, having recently had 16 screws removed from a leg. The heedless, devil-may-care spirit with which he approached the starting tape that day hopefully now imbues Julie Harrington, who will start work this week as chief executive of the British Horseracing Authority, tasked, among other things, with helping to right the sport’s finances before they keel over entirely.

Covid-19 has been sapping racing’s capital reserves at a rate of about £2m a month and the immediate future is no less perilous than it was for the Duke as Nereo carted him towards Becher’s Brook. The return of crowds, above a token few thousand, seems a long way off and talk of racecourse closures has been in the air for months, while easy movement of horses between Britain, France and Ireland can no longer be taken for granted, thanks to the combined threat of the virus and Brexit.

In the near future Harrington will be expected to persuade the government of racing’s case for an improved income from bookmakers through the levy system. She must also handle the sport’s response to the gambling review, which has obvious potential to make a huge impact on an industry that depends so much on betting for its appeal and its income.

Those, clearly, are the headline issues that will dominate her thoughts. But I hope she finds time to tackle racing’s shocking propensity for basic organisational mistakes that continue to damage its reputation and test the commitment of its followers.

These have included a three-year-old winning a race for two-year-olds, judges at Sandown and Kempton announcing the wrong result after scanning the print and another incorrect result being announced because the photo-finish equipment was pointing at the wrong winning post. Nick Rust, the outgoing chief executive, sought to reassure concerned members of the public with talk of technology and “second checks” being introduced to eliminate errors but new snafus kept turning up late into his reign.

Most embarrassingly, two horses were confused with each other when they ran in a top-class juvenile race at Newmarket in October, carrying each other’s jockeys, with the result that Snowfall was declared to have finished third when in fact Mother Earth had done so. The end of 2020 brought two instances of photo-finish prints that were not sufficiently clear to show which horse had won, while 10 horses, including a winner, have had to be disqualified since June because their jockeys failed to weigh in. Other incidents at Sandown and Fontwell have shown up the inadequacies of the flag-waving systems in place to alert jockeys to mid-race problems.

We can debate where responsibility lay for any one of these issues but, if the regulator does not shoulder the burden of eliminating them in future, no one else will. The BHA has to get better at anticipating what can go wrong and forestalling problems, instead of continually reacting to bad news and promising that lessons will be learned.

READ  Trent Alexander-Arnold hints at finishing his career at Liverpool

Soon after he was installed, Rust announced targets including racecourse attendance of 7m by 2020. As it turns out, the 2020 figure will not bear looking at, but attendance had already been falling each year, to 5.6m in 2019. Horses in training, on the other hand, were up by 5% from 2015 to the start of 2020, one of several successes to which the outgoing chief executive can point.

Harrington will surely have no interest in spelling out any such ambitions. Like the Duke at Aintree in 1974, clearing each obstacle that presents itself will be hard enough. 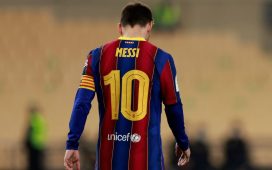 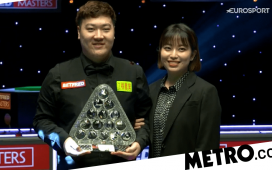