THE Taliban have seized control of a THIRD of Afghanistan as they continue to accelerate their blitz offensive while the US continues to withdraw their forces.

The US has wasted nearly $1trillion on the “pointless” 20-year battle trying to stave off the terror group who are fighting to gain ultimate control over the war-torn country.

The Taliban have been on tenterhooks to forge ahead with their scheme since President Joe Biden announced the withdrawal of troops back in April and have since continued at “lightning speed”.

Jihadist forces have now advanced across rural areas, putting them in reaching distance of major cities such as Herat and Kabul.

A recent US intelligence report warned they could take the capital, Kabul, within six months.

They have now seized hold in almost twice as much of Afghanistan as they had two months ago – sparking concerns they are planning an explosive offensive this summer.

It would see mark “the greatest jihadist victory since the Soviets quit in 1989,” one observer told the Daily Mail.

It would exceed even the worst-case scenarios US intelligence warned of months ago, prompting President Biden to hold crisis talks with Afghan President Ashraf Ghani to determine the country’s future.

The US President’s plans to withdraw all forces by September 11 have been called into question as the Taliban continue to taunt the Western power with “significant pressures”.

Since May, the Taliban have captured 69 of 407 Afghan districts, including some that were considered government strongholds.

Missions were expected to focus on territory in the south and east, traditional Taliban strongholds, but they have alarmingly focused their offensives in the north.

With 142 districts under their control, the terror group has their sights firmly set on the 170 they don’t yet have – but amid their mounting success, they have changed tactics.

A Taliban commander in Ghazni province told NBC News that they were surprised at the speed of their operation and had even avoided capturing some areas as to not anger US forces by abiding by the commitments of the 2020 agreement signed in Doha last year.

Their victorious streak threatens to reverse the efforts of the US and NATO’s two decades of service and waste the colossal costs of fighting the “long war”.

The Defense Department’s latest report from 2020 revealed they had spent $815.7 billion – nearly $1TRILLION – on war-fighting.

US Congress found that around $19billion had been lost to waste, fraud and abuse between May 2009 and December 31, 2019.

Not to mention the human costs – as it is estimated 66,000 to 69,000 Afghan troops have perished, while UN Watchdogs said 72 journalists and 444 aid workers had lost their lives.

The UN estimate nearly 11,000 civilians have been killed or injured since they began recording casualties in 2009.

Almost 2.7 million Afghans have been forced to flee the conflict, while another 4 million are now displaced within their home country.

It has exhausted Afghan forces, seeing troops complain they are outnumbered, outgunned, under-paid and weary from 20 years of fighting.

The jihadists have taken advantage of their fatigued opponents – seeing some government units surrender and reportedly negotiate agreements with them instead of risking further bloodshed.

Bill Roggio, editor of the Foundation for the Defence of Democracies’ Long War Journal, said: “The Taliban has nearly doubled the number of districts it controls, has captured key areas and military bases, and demoralized segments of the Afghan security forces and the government.”

A well-known and respected government fighter, Sohrab Azimi, was killed with 22 others during a recent battle in the Dawlat Abad district, after the team were reportedly sent in without sufficient backup.

Another fighter, Mohammed Nasim, 33, explained how he was trapped for a month and forced to eat berries and grass after the Taliban surrounded his post.

He soldiered on – even digging shrapnel out of his side with a knife – until he was rescued.

“For 30 days I had thought I would die. When the commandos came for us, we stacked the dead and wounded on the fuselage floor of a helicopter, then ran over them to fit inside.

KING OF THE SWINGERS

“I had lost so many of my friends I felt like screaming.”

But Bill Roggio said, “The fact that the government has put out the call for the militias is a clear admission of the failure of the security forces … most certainly an act of desperation. 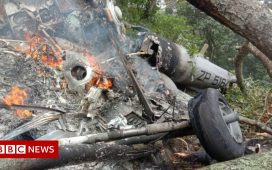 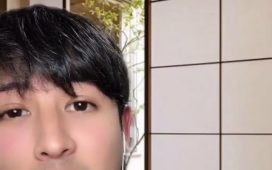 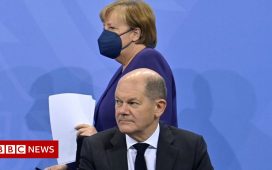