WOMEN-hating Taliban fighters splashed around on pedalos in Afghanistan’s only national park – hours after female staff were banned from going to work.

The park, which was once a tourism hotspot, boasts six deep blue lakes.

And Bamiyan is where the Taliban blew up two mammoth 1,500-year-old statues of Buddha – carved into a mountain – in 2001, just before the US-led invasion.

The swanning around took place weeks after the Taliban seized control in Afghanistan, when video emerged showing some having fun riding dodgems at a captured theme park.

Pictures of the carefree militants enjoying themselves on swan pedalos came as the mayor of Kabul, Hamdullah Namony, ordered female staff to stay home in the latest blow to women’s rights since the hardline zealots seized power five weeks ago.

Only female staff who cannot be replaced by men – including women who work in public toilets – will still be allowed to work, Namony declared.

Hopes that the Taliban had mellowed in their 20 years out of power have been dashed by decrees rolling back women’s rights.

Girls schools have been ordered to stay closed, effectively banning half the country’s children from secondary education.

University classes have been segregated, with only women and old men allowed to teach female students.

On Friday, they axed the Women’s Affairs Ministry, replacing it with a vice and virtue squad.

When the Taliban ruled Afghanistan from 1996 to 2001 vice and virtue police beat women for leaving the house without male relatives or for failing to cover themselves with all-enveloping veils.

About two dozen women staged a protest outside the new vice and virtue ministry on Sunday.

One placard read: “A society in which women are not active is (sic) dead society.”

“Why are they (the Taliban) taking our rights?” asked one of the protesters, 30-year-old Basira Tawana.

“We are here for our rights and the rights of our daughters.”

The protest came a day after some girls returned to primary schools with gender-segregated classes.

But older girls faced an anxious wait with no clarity over whether, and when they would be able to resume their studies.

“You cannot suppress the voice of Afghan women by keeping girls at home and restricting them, as well as by not allowing them to go to school,” said protester Taranum Sayeedi.

“The woman of Afghanistan today are not the woman of 26 years ago,” she added.

See also  Fighting cyclones and coronavirus: how we evacuated millions during a pandemic 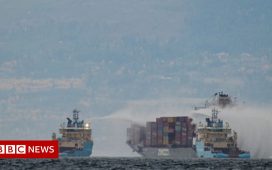 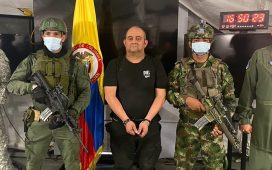 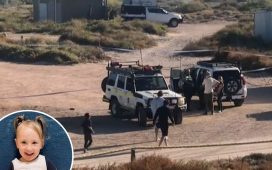