Shortly before the pandemic, Glossier opened its first London pop-up.

In Covent Garden’s Floral Street – part of London’s beauty mecca – makeup and skincare fanatics queued around the block, sometimes for hours, to get in and experience all things Glossier.

It came to an early close when lockdown was declared, but now fans of the cult beauty products have something new to look forward to – and it won’t disappear this time.

On Thursday December 9, the Glossier store will officially open its doors to the public – the first international flagship the brand has ever had.

More than 100,000 people visited the original pop-up in the first ten weeks of opening, so expect many to flock over to 43 King Street this time, where the brand are setting up shop.

We got to have a sneak peak before the official opening, and inside you’ll find all things Glossier pink, the entire product range including wearable merch, a Wet Bar, a couch, various photo opportunity points, and a special conveyer belt.

There are even London exclusive items: a passport holder and London-inspired stickers.

Going for £25, a fifth of the cost of each passport bought will go to Hatch, an organisation that helps underrepresented business owners build their companies.

‘As with all of our location-specific merch, we’ve taken the opportunity to support another vibrant local community: this time, the founders and entrepreneurs from London and across the UK who are supported by Hatch, a non-profit that helps underrepresented entrepreneurs develop the knowledge, confidence, and skills needed to launch and grow sustainable and impactful businesses,’ the brand says.

Items are spread quite far out inside, with plenty of room to move.

Given how popular the store will be, space is a must when the old pop-up often felt cramped.

We’re also still battling Covid, so those more conscious of germs will appreciate the space to browse and shop.

You’ll likely see people posting videos of the conveyer belt – customers will be able to tell staff which items they want to buy, then their bag of goodies will be dropped down to the till via a pink conveyer belt.

See it in action here.

There’s plenty to see, from the trademark Glossier London ‘G’ upon entering to the ‘You Look Good’ mirrors and ‘Wet Bar’, in which sinks are handy so you can really get covered in product swatches before rinsing off.

Hoping to make the shop more of a landmark in its own right, Glossier says: ‘Glossier London pays homage to the storied location’s rich history and architecture while infusing it with the sense of joy, connection, and discovery that grounds all of our immersive retail experiences.

‘It’s a central meeting place for friends, a landmark, and a travel destination.’

Glossier London is located in the oldest building in Covent Garden dating back to the 17th century, a townhouse that’s now a beauty lover’s paradise.

The brand says they look ‘inspiration from the grandeur’ of the buildings history, using it to inform their choice in interior design, including the 20-foot high grand foyer, soft fabrics, and undulating marble.

Glossier London will be open 10am-7pm Monday-Saturday, and 11am-6pm on Sunday.


MORE : You can now buy a Glossier blanket that used to only be available to employees 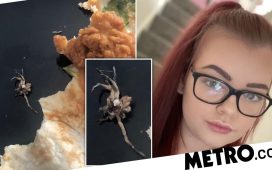 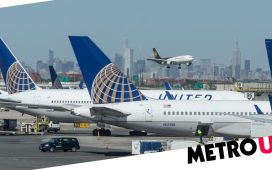