A cement plant in Syria at the centre of a terror financing investigation in France was used by western intelligence agencies to gather information on hostages held by Islamic State, sources connected to the operation have said.

A Jordanian intelligence officer who was central to the spying effort has confirmed to the Guardian that the Lafarge factory, which continued operating after the terrorist group overran eastern Syria, in one of the most controversial episodes of the war, was the regional hub of a failed effort to rescue up to 30 hostages. Those IS held included the American journalist James Foley, British photographer John Cantlie and Jordanian pilot Moaz al-Kasasbeh, two of whom were later confirmed to have been killed.

France’s highest court ruled this week that Lafarge could yet be investigated over allegations of complicity in crimes against humanity over its dealings in Syria, saying that a previous decision to strike out the charge was flawed. The company is under formal investigation in France over efforts to keep operations going through the peak of the terror group’s rampage in 2013-14.

Lafarge has been accused of paying up to €13m (£11.15m) in taxes and fees to IS to keep the factory, located in the heart of then IS territory, functioning. The company has not disputed the figure and acknowledged paying fees to intermediaries but said it does not know the money’s ultimate destination.

The long-awaited ruling is considered a judicial precedent and has broad implications for companies that operate in war zones but the role of the Jordanian intelligence officer could also raise questions about the influence of intelligence services over sensitive commercial decisions, ostensibly made by large firms, and in any undeclared French government role in keeping the plant running.

“This was a decision bigger than Lafarge,” said one senior intelligence source. “The court case does not tell the full story.”

The former chief executive Bruno Lafont, as well as the former security director Jean-Claude Veillard, and an ex-director of the company’s Syrian subsidiary, Frédéric Jolibois, have denied charges of financing a terrorist organisation and endangering the lives of others and could face up to 10 years in jail and fines if convicted.

Senior French officials, however, have not faced public scrutiny and were not identified in a report ordered later by a merged entity, LafargeHolcim, and prepared by the law firm Baker McKenzie.

The Guardian has learned that throughout the peak of IS’s grip on the region, the Jordanian spy Ahmad al-Jaloudi travelled regularly between the plant and Amman to brief regional and global intelligence chiefs on the purported whereabouts of the hostages, at one point tracking them to an oil plant near the eastern Syrian city of Raqqa.

Jaloudi, whose job description was senior risk manager for Lafarge, also travelled to Raqqa to deal with a senior IS leader to try to secure the release of the Jordanian pilot whose F-16 fighter jet crashed near Raqqa. The pilot was later burned alive by IS, his death filmed and broadcast as propaganda, marking one of the most gruesome moments of the five-year insurgency.

Contacted by the Guardian this month, Jaloudi, a veteran officer of the Jordanian General Intelligence Directorate (GID) confirmed his role. “I was very proud of the work I did to try to secure the release of the hostages, the Jordanian pilot, and to protect the workers at the plant. I gave real-time, accurate actionable intelligence that could have led to those held being rescued.”

Over three years, Jaloudi made repeated journeys from the Lafarge plant, between Raqqa and Aleppo, across the heart of the so-called caliphate to Turkey and then Amman to brief officials every month or so. His role was known by spies in Turkey, the UK, the US and Jordan, all of whom helped facilitate his access to and from one of the most dangerous corners of the world, passing by the checkpoints of IS and surviving the relentless scrutiny of its counter-intelligence teams.

Intelligence sources have confirmed that Jaloubi played no role in the company’s commercial operations. His entry and exit from Syria was facilitated through the Turkish border, by Turkey’s national intelligence service, MIT, and his contact was the then-head of the GID, Gen Faisal al-Shobaki. Sources have confirmed that Jaloudi was one of the most important agents run by any intelligence service inside IS territory, feeding regular information on the group’s movements, leadership – and in particular the whereabouts of the hostages it kept.

In early 2014, Jaloudi helped confirm that the hostages, including journalists and aid workers, were being held in al-Akirashi oil station on the outskirts of Raqqa.

The information was confirmed by delivery drivers and couriers to the plant. A second source from inside IS had also told the Guardian the oil factory was being used as a detention centre. A rescue mission was launched in April that year, but the hostages had been moved only days earlier.

Lafarge, a global leader in construction material, has over 2,500 factories worldwide. Its investment in Syria in 2007 was worth around €600m at the time and it was considered an influential French corporate brand in the Middle East.

The company has previously admitted, following its own internal investigation, that its Syrian subsidiary paid armed groups to help protect staff at the plant. But it has rejected several charges against it as part of the French legal probe, including that it was complicit in crimes against humanity because of its dealings with militant groups in the area, which included IS.

The investigation, under which Lafarge is also being probed for the alleged financing of a terrorist organisation, could lead to a trial although no date has been set.

The plant, near Jalabiya, was eventually seized by IS in late 2014. IS was ousted during a coalition air campaign and the plant was then occupied by US and French special forces teams as the battle to defeat the group intensified. 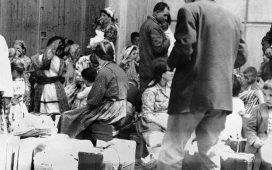 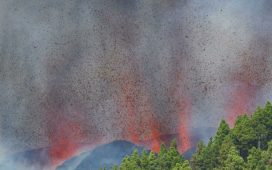