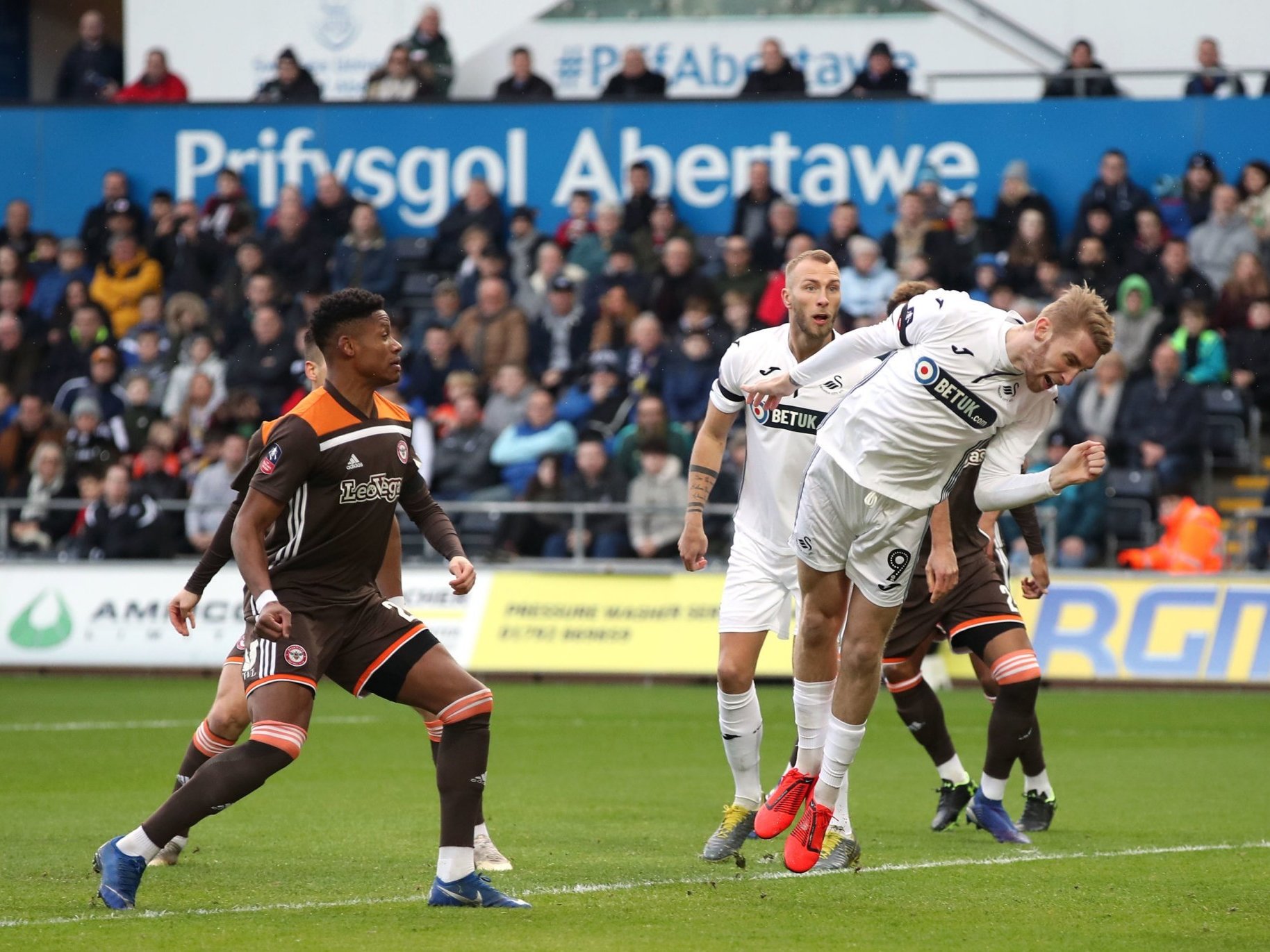 Daniel James inspired Swansea to an astonishing turnaround as they came from a goal down to reach the last eight of the FA Cup for a second successive season.

The Swans winger scored a breathtaking goal, involving a 70 yard sprint, as he underlined why Championship high fliers Leeds United tried so hard to sign him on transfer deadline day.

The goal put Swansea ahead early in the second-half after an own goal from Bentford goalkeeper Luke Daniels had cancelled out Ollie Watkins’ opener.

Bersant Celina – whose free-kick led to Daniels’ own goal – made it 3-1 to Swansea before George Byers added a fourth late on.

It was unforeseen collapse by Brentford who looked totally dominant in the first-half but Thomas’ Frank’s team fell to pieces after they had Ezri Konsa sent off.

The swathes of empty seats may have reflected calls from some Swansea fans to boycott this fixture in protest as recent transfer dealings by the club’s absent American owners.

Those home supporters who ignored the pleas were easily drowned out by Brentford’s sizeable following and the travelling contingent soon had cause to voice their approval.

After surviving an early scare when Swansea’s top scorer Oli McBurnie just failed to connect with a cross by George Byers, it was Brentford who dominated the opening half.

With just one defeat in 12 games, the Bees had the kind of smooth passing game and confident swagger that used to be the domain of the home team at the Liberty Stadium.

Twice Brentford might have gone ahead when they unpicked Swansea’s defence in the opening minutes. First, Swansea skipper Mike van der Hoorn had to stick out a boot to clear Moses Odubajo’s dangerous cross and then Said Benrahma and Sergi Canos combined to create more panic.

When Benrahma shot over after Swansea goalkeeper Kristoffer Nordfelt could only palm another cross into the middle of the goalmouth it appeared the siege would inevitably yield a goal for the visitors.

It came in the 28th minute when a swift and devastating counter-attack involving Romaine Sawyers, Benrahma and Neal Maupay ended with Ollie Watkins driving a rising shot past the advancing Nordfelt.

The goal – Watkins’ fourth in his last five matches – was a deserved lead and Brentford might have improved it had an offside flag not denied Maupay.

Fortunate to be only a goal down at the break, Swansea needed a spark at the start of the second-half and found it when the speedy Daniel James forced Ezri Konsa to concede a free-kick and yellow card when he pulled back the Swans winger.

Bersant Celina – the Swans’ former Manchester City midfielder – curled his shot around the wall and although Luke Daniels pushed the ball against a post, the ball rebounded off the keeper’s back for the equaliser.

Level just four minutes after the restart, the Swans almost conceded again when Benrahma crossed from the left but the ball was scrambled clear.

Swansea rode their luck and by the 53rd minute they moved into a dramatic lead thanks to a glorious individual goal by Daniel James.

Brentford messed up a free-kick on the edge of the Swansea penalty area, but when the ball broke to James he was a full 70 yards from goal.

The Wales international simply outpaced the cover, took the ball wide to the right and then found the composure to thump the ball past Daniels.

Brentford’s implosion was almost complete seven minutes later when Konsa inexplicably lunged in again at James and was a shown a red card.

Swansea were now buoyant and the turnaround in this tie was emphatic when they made it 3-1 through Celina in the 66th minute.

The Kosovan international showed quick feet and a neat touch to go past Canos and Julian Jeanvier before slotting the ball into the far corner.

The visitors’ meltdown appeared to continue when another high tempo Swans attack ended with Connor Roberts hitting the net for a fourth time – only to be ruled out for offside.

But Swansea finished on a high when James tormented Brentford for the umpteenth time and Byers scored with a low drive from the edge of the box. 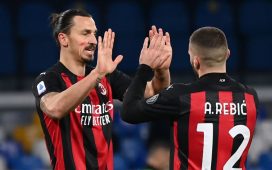 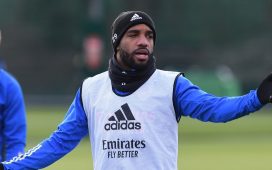 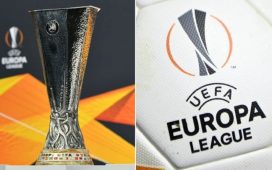