Swansea City were forced to settle for a point as they failed to break down fellow Championship promotion hopefuls Reading.

Steve Cooper’s side played some pretty football to match the resplendent new playing surface at the Liberty Stadium but could not conjure enough quality in the final third to claim victory.

Reading goalkeeper Rafael Cabral made a succession of saves to keep Swansea at bay, with Andre Ayew going closest to finding a breakthrough.

Veljko Paunovic’s men finished up happy with the draw, which means they stay sixth in the table.

Swansea, who slipped a place to third after Brentford’s win over Bournemouth, will be frustrated to have missed a chance to close the gap on leaders Norwich City to just two points.

The Swans have the best defensive record in the EFL – this was their 13th clean sheet in 22 league games this season – but could not find the decisive goal their performance deserved.

Before kick-off, as has become customary at matches across the country, both teams took the knee in support of Black Lives Matter.

What was not familiar was the smattering of boos and horns being sounded outside the stadium around the time the gesture was made.

Once the football got under way, it was the hosts who got into their stride first.

Swansea had taken the unusual step of replacing their pitch midway through the season, with Cooper admitting something had to be done in order to maintain the integrity of the league.

The old surface – which was damaged by disease and a particularly wet October – was ripped up after the win over Barnsley on 19 December, leaving little time for its replacement to bed in.

But there were no signs of teething problems as Ayew had Swansea’s first effort, an acrobatic volley which flashed over the bar.

Ayew’s 25-yard drive then flew straight at Cabral before a sweet Swansea move then saw Connor Roberts cross for the Ghana captain, whose header was clawed to safety.

The chance of the half came Jake Bidwell nodded Matt Grimes’ corner down for fellow defender Marc Guehi, who sent a half-volley wastefully over the bar from point-blank range.

Reading were on the back foot for most of the first period but did threaten at a couple of set-pieces of their own, with Tom McIntrye’s volley forcing a sharp save from Freddie Woodman before the Swansea keeper gathered Sam Baldock’s drive.

Swansea were soon threatening again after the break, with substitute Joel Latibeaudiere and Bidwell headers drawing further saves from Cabral.

Ayew looked poised to find a winner 19 minutes from time when he rose high to meet Roberts’ cross, but his goalbound header was superbly saved by Reading’s Brazilian keeper.

It was Woodman who made the last stop of the night, pushing McIntrye’s header over to deny the visitors a smash-and-grab win.

“I think you have to be frustrated because I thought we played really well and I thought we created a lot of chances.

“For large parts, I don’t think it was poor finishing, their goalkeeper had an excellent night, he made a load of good saves, one in particular off Andre’s header in the second half was top drawer.

“It’s frustrating, but I don’t think we can be disappointed. We played well, the effort was good. Reading have been a dangerous team so far this season.

“They’ve got a lot of players that can make a big difference, and we’ve limited them to chances from set-plays, they had nothing from open play.”

On the Liberty Stadium’s new pitch:

“Fair play, credit to the club for making the change on that. It looked better for a start. It played well, and it’s a pitch now worthy of playing games on in the league.”

“Rafael was the man of the match and I’m very happy. He showed that he is the pillar of our defence and was very important in us getting this result.

“From the whole team, it was a great performance. In defence, we showed great spirit and identity, we never gave up and fought to the end.

“We are slowly recovering the identity we had at the start of the season.

“We were brave and we were also lucky, but together with a great performance by Raphael, it is a good result. Four points in two games is a good return from those games.” 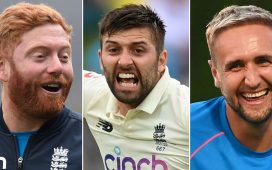 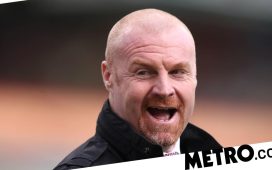 Burnley in talks to sign Aaron Ramsey from Juventus