In an entertaining first half, Tom Cleverley fired Watford in front before Swansea took control and equalised via Lowe’s delightful curling effort.

Lowe headed in from Korey Smith’s fine, deep cross to put the Swans 2-1 up.

Watford ended strongly and had chances to level, the best of which was volleyed over by Troy Deeney.

After winning their first match under Xisco Munoz, a first defeat for the Hornets under their new manager sees them drop to sixth in the table.

Wednesday’s goalless draw at home to Reading had seen the Swans miss an opportunity to close the gap on the Canaries, who had lost to Watford in Munoz’s first match in charge on Boxing Day.

But on this occasion, even after falling behind, Swansea seized their chance to climb up the table.

This was a stern examination of their promotion credentials and, while there is a long way to go in this congested battle to return to the Premier League, head coach Steve Cooper will be encouraged by his team’s response.

His counterpart Munoz had started his Watford reign with a notable victory over Norwich and he made just one enforced change to his team, bringing Nathaniel Chalobah into midfield to replace Etienne Capoue following his move to Villarreal.

Chalobah and his central midfield partner Cleverley started impressively against Swansea’s three in the middle, helping Watford gain an early foothold in the match.

The visitors’ front two of Andre Gray and Troy Deeney occupied the Swans’ back three effectively, and it was Gray who played the pass to Cleverley for the opening goal, a powerful drive from 20 yards.

That strike ended a run of three successive clean sheets for Swansea but, after a slow start, Cooper’s side improved to such an extent that it was something of a mystery as to how they were not ahead by half-time.

Andre Ayew missed their first chance, heading over from a Ryan Manning cross on the left, before Jay Fulton cleared the crossbar after good work on the opposite flank by Connor Roberts.

Ayew then had a firmly hit half-volley superbly tipped over by Ben Foster, who made another fine save soon afterwards to deny Smith.

A Swansea goal was coming and it duly arrived two minutes before the break, as Lowe calmly took aim from the edge of the penalty area and guided a delicate curling shot in off the post.

The second half could not match the first for excitement and scoring opportunities, although the home side were still in the ascendancy in its early stages.

They felt wronged to have a goal disallowed as Jake Bidwell was deemed offside after heading in from Roberts’ excellent whipped cross from the right.

Swansea’s second goal came from the same part of the pitch, Smith this time delivering an even better, deeper cross to the back post, where Lowe was on hand to nod in.

Cooper’s side were well worth their lead but they had to withstand sustained Watford pressure for much of the final 20 minutes, a flurry of corners followed by a good chance for Deeney, which he volleyed over.

That was to prove their best opportunity to equalise and Swansea saw out the closing stages with the welcome addition of a substitute appearance from Morgan Gibbs-White, the Wolves loanee making a timely return from three months out injured just as the race for promotion gathers pace. 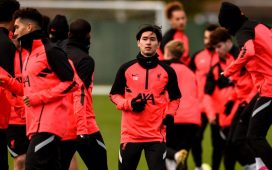 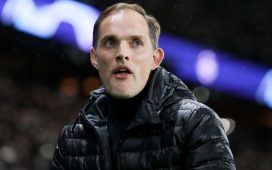 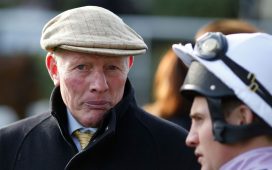 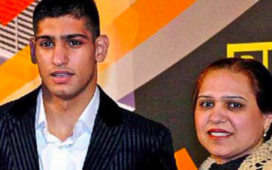