Arinze died in the custody of the Nigerian Correctional Service, other known as prison. 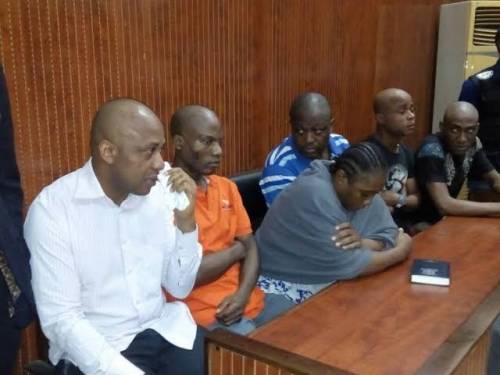 Arinze before his death was standing trial alongside Evans, Joseph Emeka, and Udeme Upong, over the attempted kidnap of the Chairman of the Young Shall Grow Motors, Chief Vincent Obianodo, before Justice Oluwatoyin Taiwo of an Ikeja Special Offences Court.

The suspects are facing seven counts of murder, attempted murder, conspiracy to commit kidnapping, attempt to kidnap, among others.

A source from a Kirikiri Correctional Centre, however, told the Nation that Arinze died as a result of Cardiopulmonary arrest.

The source said Arinze had been sick for some time before he was rushed from the Kirikiri Custodial Centre to a General Hospital, where he died.

The medical records from Ajeromi General Hospital, Ajegunle signed by Dr. Salisu B. E. indicated that the deceased, 45, was suffering from complicated “Advanced HIV.”