SUSANNA Reid branded Piers Morgan a “narcissist” after he interviewed himself for an award win.

The 55-year-old picked up the TV Personality Of The Year gong at the GQ Men Of The Year Awards last week.

Piers accepted the award in a pre-recorded segment on Thursday night by quizzing himself on his show, Life Stories.

After talking about the win on today’s Good Morning Britain, Susanna said: “That’s literally a dream come true for you, isn’t it? The finest interviewer with the finest guest.”

Piers looked a bit sheepish as he replied: “They wanted me to interview myself. Couldn’t think of anyone better to do it.”

Then Susanna hit back: “Does your narcissism know no bounds?”

Piers was given the accolade for holding government ministers to account during the pandemic.

Introducing the sketch, Piers said: “Tonight I’m going to be interviewing someone who divides opinion like few others.

“Whether he is talking about transgender athletes or vegan sausage rolls or papooses or President Trump, he has opinions and attitudes which inflame Twitter on an hourly basis.

“But tonight he is getting an award for something different, and it’s very specific it’s his skewering of British Government ministers during this global pandemic.

“Holding them to account on behalf of the British people, trying to get answers when they really don’t want to give them.

“He’s Piers Morgan, GQ’s TV Personality Of The Year and tonight he’s going to be interviewed by me.”

Piers previously joked that he was worried about losing his job on GMB after winning the award.

He wrote in his column for The Daily Mail about how when he’d previously won awards in the past, he’d soon LOST his job afterwards.

BANG OUT OF ORA

Strictly’s Neil Jones is living apart from his ‘cheating’ girlfriend

TO HOLL WITH IT

The host joked in his column: “The GQ Men Of The Year Awards have always been a double-edged sword for me. I’ve won a coveted gong twice.

“In 2003 I was named Newspaper Editor Of The Year for the Daily Mirror’s campaign against the Iraq War, and in 2013 I was GQ’s TV Personality Of The Year for my campaign at CNN against America’s insane gun culture.

“But I lost both the jobs I won the awards for within a few months of the ceremonies, which rather took the gloss off things.” 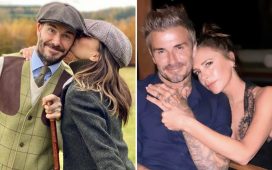 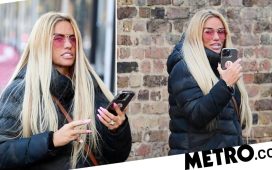 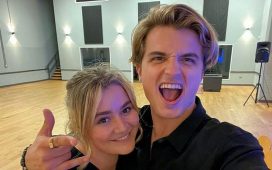 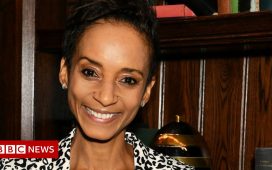 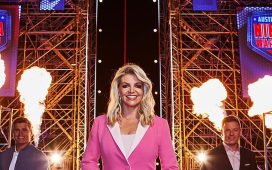