Former Strictly Come Dancing star Susan Calman has said her biggest wish for 2021 is to be able to hug people again.

The comedian, actress and TV presenter said she hoped next year would bring “a return to normality with hugs” after the coronavirus pandemic saw people across the country forced to remain socially distant.

While she said she did not make New Year resolutions, branding them a “waste of time”, Calman said: “I want to hug people again.

“I really don’t like human contact and I’m usually not one for touching and people coming near me but I’ve missed hugging people this year.

“Like so many others, I haven’t hugged my mum since March and haven’t really been near anyone apart from my wife and cats.

“I’ll never again take for granted the ability to say to a friend ‘do you fancy going out for lunch?’. A return to normality with hugs would be great in 2021.”

She spoke out ahead of presenting BBC Scotland’s Hogmanay 2020 programme, which will feature actors Brian Cox and Karen Gillan, as well as the band Deacon Blue and singer Amy MacDonald.

The show also has a virtual audience, but Calman said those watching had “made such an effort” and dressed up for the occasion.

“It was like having have a live audience, but they were in their own houses enjoying their snacks and drinks and joining in the party,” she added.

With coronavirus restrictions in place across the UK, including all of mainland Scotland now being under the strictest Level 4 measures, Calman said it would be a “very different Hogmanay”.

Her plans for New Year’s Eve and for “everyone on our street to go outside for the bells, stand on our doorsteps and wave to each other at the bells”.

But she said: “I do think it’s a reflective time of year and, this year more than ever, we’ll all be reflecting on what happened in 2020.

“This is a very different Hogmanay from any other I’ve experienced in my life and I have never been so glad to see the back of a year… ever! And I think a lot of people are thinking the same thing – let’s get 2020 out of the way and get on with 2021.”

She insisted filming her Socially Distant show this year had been a “really good experience” and was one of the things she was most proud of in her career.

Calman said: “Doing these shows when lockdown first started made me feel like it was the only way I was connecting with anyone so it was, at times, quite an emotional thing to do, to be part of.

“We were suddenly plunged into this different way of life that we’d never expected to happen and so filming this made a world of difference.

“It was basically just myself and one guy in my garden with a camera. I didn’t meet any of the team involved and haven’t met them since but it was a pretty special project to be involved in from the start.

“Without a doubt, it’s one of the things I’m most proud of in my career. It was done in such a difficult, strange time, yet it was a still a really good television show and lots of fun to work on. Socially Distant was an incredible experience and one which will stay with me forever.”

She also filmed the Socially Christmas programme from her shed, saying: “2020 has been so strange, I’ve filmed five TV shows but I’ve barely met any of the teams who have made them happen.

“I’ve already promised them that, when this is all over, we will have a big party to celebrate – it’ll be lovely to see everyone. Probably not have it in my shed though.” 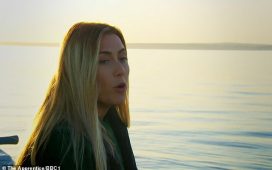 The Apprentice SPOILER: Francesca berates an irritated Aaron for failing to catch any pollock 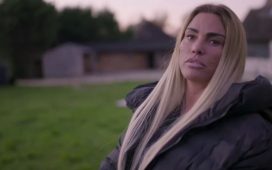 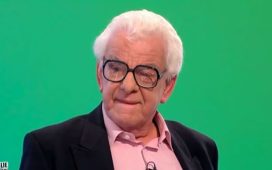 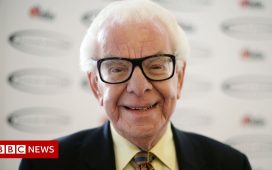