Batty, 44, will be assisted by Azhar Mahmood and Jim Troughton.

Mahmood returns to The Oval following an eventful playing career with Surrey, while ex-Warwickshire head coach Troughton joins for the first time.

Former Worcestershire, Surrey and England off-spinner Batty had only been appointed assistant coach in October after confirming his retirement from professional cricket.

“To be offered this opportunity is a great but very unexpected honour,” he said.

“After retiring last summer, I was really enjoying working under Vikram and I see this as a great chance to keep working with this group of players.”

Surrey say it will be their intention to advertise all three roles at the end of the 2022 season, where a full recruitment process, including the implementation of the Rooney Rule, will take place.

Mahmood, 46, will assist Batty until the end of July, before returning to an existing role with the Oval Invincibles in The Hundred. He is currently head coach of Islamabad United in the Pakistan Super League.

Troughton, 42, who spent last season at Somerset as a batting consultant, captained Warwickshire to the County Championship title in 2012 during his 15-year playing career.

He was later head coach of the Bears for four seasons before parting company with the county in October 2020. 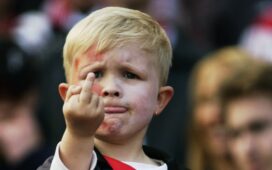