Surge testing may not be enough to curb Covid variants in UK, say scientists


Local restrictions should be imposed to curb the spread of coronavirus variants when clusters emerge to avoid local or national lockdowns, scientists have said after the UK’s biggest surge testing operation got under way.

In south London, dozens of cases of the South Africa variant of Covid-19 have been detected, chiefly in the boroughs of Wandsworth and Lambeth, leading to what the Department of Health and Social Care (DHSC) has said is the “largest surge testing operation to date”.

Everyone over the age of 11 who lives, studies, works or travels through these areas is being asked to take a PCR test for the coronavirus – even if they do not have symptoms of Covid. Positive samples are then further analysed to determine which variant is present.

The South Africa variant of the coronavirus is of concern as studies suggest it can, at least to some degree, dodge the body’s immune responses including those produced by some Covid vaccines. Scientists have warned that surge testing alone is not enough to tackle the problem.

“Surge testing can work if it is broad enough and intensive, but needs to be accompanied by good adherence to at least some restrictions and isolation of contacts, in order to avoid having anything like a local lockdown again,” said Rowland Kao, a professor of epidemiology at the University of Edinburgh who contributes to the Spi-M modelling subgroup of Sage, the Scientific Advisory Group for Emergencies.

Kao added that should the data suggest the current clusters could be contained, “then while it is a difficult choice to make given how long restrictions have already been, yes, some continued restrictions would be in order”.

One problem, said Kao, is that the more people are allowed to move between regions, the harder it is to contain any outbreaks of variants of concern – such as the South Africa variant. That, he said, means surge testing would be needed over larger areas than was the case earlier this year, when the country was in lockdown.

“I’d recommend working as hard as possible to stamp out these outbreaks,” said Kao. “You won’t be able to do so forever – or at least, can’t guarantee it– but anything to slow down its spread will mean more of the country can continue to have lowered restrictions.”

Gabriel Scally, a visiting professor of public health at the University of Bristol and a member of the Independent Sage committee of experts, also stressed that urgent action is needed, and backed the needed for increased restrictions where clusters occur.

“We are going to be moving into an era when we do get these local flare-ups,” he said, adding these could include variants of concern.

“If you are really trying to suppress the virus in an area, you can’t afford to leave it to people to self-isolate if they get symptoms,” he said.

He said vaccinations could be an important tool since they had been shown to not only protect against serious disease but reduce the spread of the virus.

“You’d do something called ‘ring vaccination’ so you would find the epicentre of whatever outbreak it is and then vaccinate everyone around it,” he said.

Scally added it was vital there was testing of close contacts of people who had tested positive for the coronavirus, and said measures such as temporarily closing schools or other facilities should be taken – even before the full results of the surge testing had been received.

“It is never too early to impose local restrictions if we know there is an upsurge, and they do know that there are variant cases involved,” he said.

Kao said it should be possible to determine quite quickly which variants were involved in positive cases, noting the sequencing process can take less than half a day.

“Thus it should be possible to rapidly put in restrictions, intensively test and sequence and, within a couple of days at the very least, release them if they aren’t necessary,” he said. “But it all depends on resources – and … it doesn’t mean a thing if self-isolation isn’t good enough.” Indeed, earlier this month, researchers revealed that only half of individuals said they were fully self-isolating after symptoms develop.

However, surge testing deployed in parts of the UK earlier this year drew criticism from some local leaders who said it took far longer than expected for data to be provided on how many positive cases involved the South Africa variant.

Surrey county council has confirmed to the Guardian that while the number of positive cases was reported within days, the sequencing process to determine the variants involved took longer, with results coming through the DHSC after a few weeks.

A Public Health England spokesperson confirmed that genomic sequencing to detect the presence of any variants takes about two weeks to complete, but added: “We are using a genomic assay to provide a more rapid initial result to allow early public health action and investigation.”

PHE pushed back against calls for areas to go under tighter restrictions immediately, stating: “The interventions we have put in place are precautionary at this point. If the additional testing shows widespread community transmission, then we will re-evaluate the approach.” 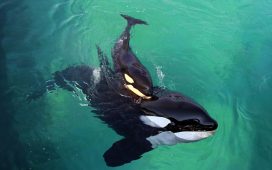 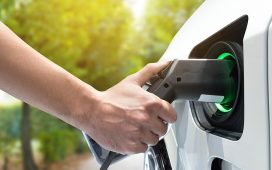 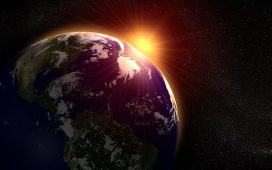 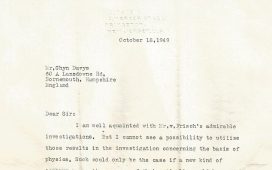