Tax charities have raised the alarm about a sharp rise in the number of people being placed into tax avoidance arrangements by employment agencies without their knowledge.

TaxAid, an advice charity, and the Low Incomes Tax Reform Group (LITRG), an educational tax charity, told the FT they had been contacted by a growing number of people facing tax problems stemming from their treatment by so-called “umbrella” companies, which manage tax and pay on behalf of freelance workers.

LITRG said that significant numbers of workers had told them their umbrella companies, without informing them, had failed to deduct tax on part of their wages, effectively paying them via “disguised remuneration” arrangements barred by HM Revenue & Customs. Those affected included agency nurses and supply teachers.

TaxAid said it had seen a 37 per cent increase over the past year in the number of calls relating to “umbrella” workers with a tax problem.

HMRC has sent out letters to affected people since last year telling them: “You may have been involved in tax avoidance”. The letter went on to say recipients “may not have realised” they were engaged in tax avoidance, warned them to exit the arrangement and offered tips on how to spot avoidance.

For most of those affected, the first time they learn they have taking part in what the tax office calls a “disguised remuneration” avoidance scheme, is when they receive such a letter, the charities said.

Meredith McCammond, technical officer at LITRG, said: “You can imagine how horrified these decent law-abiding people are when they get these letters from HMRC telling them they’ve been paid through disguised remuneration. People are beside themselves.”

It is estimated about 600,000 people in the UK work via umbrella companies, which typically collect a worker’s earnings from their hiring firm or recruitment agency and then pay it to the worker after deducting tax and national insurance. Many businesses are legitimate, but the industry is unregulated and MPs, unions and tax experts have become concerned over sharp practices by some providers.

McCammond said non-compliant umbrella companies that place workers into disguised remuneration arrangements do so solely for the umbrella’s benefit. In fact, the individual often receives the same amount of pay they would have done had the tax been correctly deducted.

Agencies will often pay workers in two parts — the national minimum wage, which has income tax and national insurance contributions correctly deducted from it, alongside a larger “non-taxed” element.

McCammond said: “Where [disguised remuneration] arrangements are used, the umbrella company increases the amount of money they retain as a margin significantly. They deliver [the worker] a similar level of net pay, out of a lower gross pay amount, and cut their ‘on top’ employment costs. The umbrella company can easily double or triple their margin from a particular contract rate.”

Valerie Boggs, chief executive of TaxAid, said people contacting the charity generally had no idea of the structures used to pay them for agency work.

“TaxAid is supporting the most vulnerable in society,” she said. “They get caught up in something they don’t understand and they’re powerless against it. They just need the work.”

Both tax charities called on HMRC to strengthen its policing of the umbrella sector.

“People are not making a choice about being paid in disguised remuneration. It’s just being put in place,” McCammond said, adding that a proportion of workers might know about or suspect the nature of the arrangement, but “need the job”.

The government has recently announced that it will be setting up a new workers’ watchdog to protect the rights of UK workers, including umbrella workers. It has also launched publicity campaigns to help individuals navigate umbrella companies and steer clear of tax avoidance schemes.

The government said in a statement: “This government has been absolutely clear that we will do whatever we can to protect and enhance workers’ rights.”

It added HMRC was using Pay As You Earn real-time information and other data to identify taxpayers it suspected had entered into avoidance schemes. It was writing to them as soon as possible, it said, to “enable them to leave tax avoidance early before they have built up large tax bills”. 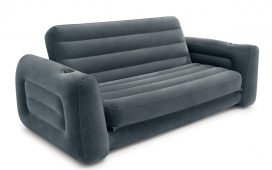 Tesco is selling a three seater inflatable sofa bed for £50 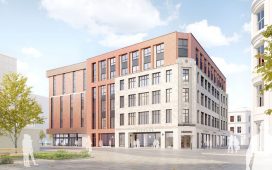 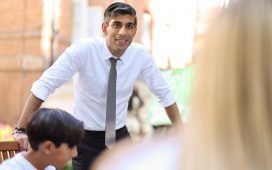 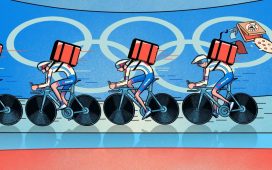