Good morning, and welcome to our rolling coverage of the world economy, the financial markets, the UK’s supply chain crisis and business.

The supply chain problems gripping the global economy are threatening to undermine the recovery, and raising fears of stagflation — that sickly mix of rising prices and slowing growth.

With energy prices surging, and companies still struggling to get their hands on parts and raw materials, policymakers fear that the rebound from the recovery is faltering.

Bank of England governor Andrew Bailey has warned the UK’s recovery to its pre-pandemic size will take longer than hoped, as supply chain problems drag on growth — and help to push the pound to its lowest level this year.

Bailey told a European Central Bank panel with other major central bank chiefs that Britain’s GDP probably won’t recover to pre-pandemic levels until early next year, a couple of months later than anticipated in August.


“I expect us to be back to the pre-pandemic level in the early part of next year, possibly a month or two later than we thought we would be at the start of August.”


“the big challenge now is how we can get through this period of uneven growth, supply-side bumps and come out of the other side with both a smoother recovery and balance of supply and demand.”

Other central bankers are also worry that supply chain shortages will shunt the recovery, and drive up consumer prices.

They are watching closely for signs that higher-than-expected inflation leads to wage increases, creating a cycle that could increase pressure for central banks to hike borrowing costs — although they do argue that these disruptions will be temporary.

Jay Powell, chair of the US Federal Reserve, said it was “frustrating” that supply-chain bottlenecks were holding back the recovery of the world’s largest economy.

He told the EBC’s panel:


“The combination of strong demand for goods and the bottlenecks has meant that inflation is running well above target.

We expect that it will continue to do so in the coming months before moderating as bottlenecks ease.”


“How long these bottlenecks will take to fade out is a question we are monitoring very closely and this is on our radar screen.”

Wholesale prices for gas and coal are both hitting records, as the Northern Hemisphere heads towards what could be a very difficult winter:


Fears over stagflation do appear to be rising, after all, how could they not be when you see the sorts of increases being seen in energy prices, a trend that will eat into people’s disposable income, thus reducing their capacity to spend on other incidentals.

These supply chain problems have been seen acutely in the UK this week, during the fuel crisis.

And soldiers are expected to be deployed to drive tankers in in the next few days, to help clear the queues and shortages that began nearly a week ago.

The government insists the situation is improving, with business secretary Kwasi Kwarteng saying.


“The last few days have been difficult, we’ve seen large queues. But I think the situation is stabilising, we’re getting petrol into the forecourts. I think we’re going to see our way through this.”

But the wider supply chain crunch remains intense, with shortages in shops and on the forecourt

Asked if the government was certain the problems would be solved for the run-up to Christmas, Kwarteng said:


“I’m not guaranteeing anything. All I’m saying is that, I think the situation is stabilising.” 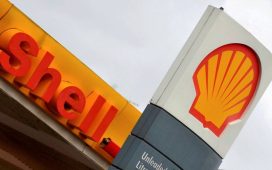