Ministers are poised to agree an extraordinary post-Brexit U-turn that would see foreign lorry drivers allowed back into the UK to stave off shortages threatening fuel and food supplies.

Boris Johnson ordered a rapid fix on Friday to prevent the crisis escalating. Ministers met in a bid to agree a short-term visa scheme permitting potentially thousands more lorry drivers from abroad to come to the UK.

The prime minister is understood to have weighed in to demand a compromise from his warring cabinet, which was split over the issue, following scenes of chaotic queues at some petrol stations and warnings from suppliers that the shortage of fuel on forecourts could worsen.

The shortage of up 100,000 heavy goods vehicle (HGV) drivers – exacerbated by the pandemic and Brexit – has also impacted the food sector and other industries. The British Retail Consortium warned on Friday that significant disruption to Christmas was “inevitable” unless the problem is contained in the next 10 days.

The prime minister and his cabinet have publicly played down the extent of the problem. A senior government source said some ministers appeared keen to avoid the perception that Brexit was to blame, and were therefore reluctant to relax immigration rules.

However, the Office of National Statistics revealed that millions of people were already facing empty supermarket shelves, with one in six struggling to find “essential” items.

Amid growing alarm within government about the threat to supermarket and fuel supplies, ministers are poised to allow lorry drivers to come to the UK on short-term visas, probably for a number of months.

See also  ‘Women have not been able hold these: Samoa’s first female PM gets down to the job

On Friday night, cabinet sources insisted that discussions were still ongoing, but the plan was expected to be signed off over the weekend.

The move will be seen as a remarkable climbdown, as Johnson’s Brexit campaign was founded on giving the UK more control over immigration and ending free movement. It is likely that other sectors suffering from labour shortages – such as hospitality – will now put pressure on ministers to grant them exemptions as well.

Under the current system, lorry drivers currently do not meet the threshold for skills that would qualify them to come to the UK. But the proposed scheme could permit temporary visas, similar to the seasonal workers scheme under which people can apply to come to the UK for six months to do agricultural work if they have a sponsor and money to support themselves.

Anne McLaughlin, the SNP’s immigration spokesperson, said: “The prime minister and senior Tory ministers were repeatedly warned about the damaging consequences of their extreme Brexit plans, including over the threat of staff shortages. Despite those warnings, the Tories recklessly ploughed ahead. The pandemic has undoubtedly led to challenges.

“However, scrapping freedom of movement and cutting immigration in pursuit of an ideological Brexit has piled on the hardship and been a major factor in the issues we are facing today: empty supermarket shelves, staff shortages, and a lack of drivers
leading to petrol station closures.”

The Home Office had been opposed to adding HGV drivers to the formal “occupation shortage list”, but is thought to have been convinced to back a more short-term visa scheme.

Grant Shapps, the transport secretary, was also initially sceptical, but on Friday he pledged to “move heaven and earth” to solve the problem, and said all options were on the table.

Kwasi Kwarteng, the business secretary, is understood to believe that the problem should be solved by the haulage and fuel companies offering higher wages and better working conditions instead of allowing entry to workers who may accept lower pay.

However, the visa scheme was pushed by George Eustice, the environment secretary. Stephen Barclay, the Cabinet Office minister, was also in favour and among the ministers who were meeting on Friday to finalise the solution.

The Home Office will ultimately have to sign off the decision on whether to relax immigration restrictions for drivers, with the government recognising that something has to be done.

A Whitehall source said cabinet ministers opposed to the shortage-occupation-list solution would prefer a plan to tempt back to the sector some of the 600,000 people with heavy goods licences not currently employed as drivers. 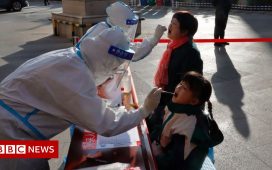 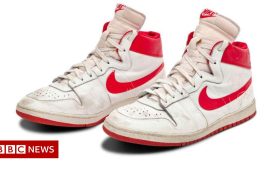