Leeds upset the Super League formbook as they won at third-placed Warrington.

But, after looking comfortable, they had to survive a frantic final 10 minutes in which both Liam Sutcliffe and Rob Lui were sin-binned.

From 22-6 down, Wire closed to within a converted score’s distance after two tries from winger Josh Charnley.

But they could not force a draw and extra-time – and Leeds won in the end thanks to converted first-half tries from Lui, Alex Mellor and Ash Handley.

Rhyse Martin landed all three conversions, plus a penalty either side of the break.

Leeds began the night nine points adrift of Wire, having won just five of their previous 10 games this season.

But they were ahead inside eight minutes when Lui jumped to claim a high ball before earning the chance to crash over,

Wire were level on 17 minutes when Stefan Ratchford converted a try by hooker Danny Walker.

But Leeds stretched clear with tries by the returning Mellor, back after a ban, and Handley, who was returning after concussion.

After going in at half-time 20-6 ahead, Martin’s boot took them further clear before the final 10 minutes of drama at the Halliwell Jones.

First Sutcliffe was penalised for a high tackle on Josh Thewlis, following which Charnley went over for the first of his two late tries.

Then Lui was sin-binned too, for holding down Blake Austin.

Warrington did score again, when the unmarked Charnley this time cashed in on a two-man advantage – but, although Ratchford landed the kick, it gave the hosts just 38 seconds from the restart to find another score and Leeds hung on for a fourth straight win. 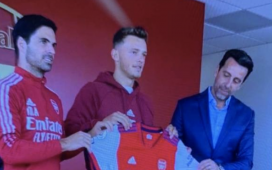 Britain battle past US to reach Olympic rugby sevens semi-finals 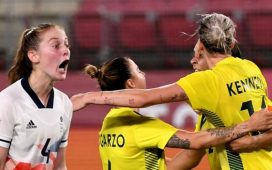 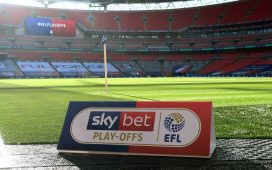