UK chancellor Rishi Sunak raised the likelihood of delaying an autumn Budget on Friday by requesting the production of official economic forecasts without committing to announcing any tax or spending plans.

The Treasury said Mr Sunak’s instruction to the Office for Budget Responsibility, the fiscal watchdog, to prepare forecasts for mid-to-late November was deliberately vague in the current uncertain economic circumstances to give ministers the option to delay the annual Budget.

The move signals that the chancellor is not keen to commit now to spending plans and tax proposals for the rest of the parliament when coronavirus cases are on the rise and the medium-term economic outlook is almost impossible to determine.

In an unusual written statement to the House of Commons, Mr Sunak asked the OBR “to prepare an economic and fiscal forecast to be published in mid-to-late November” without setting a Budget date.

The statement indicated that any Budget would not come before that date, since the Treasury confirmed there could not be a Budget without a forecast, but gave the chancellor the “optionality” to delay the necessary Budget until the spring, as happened in 2020.

The Treasury said no decision on a Budget had yet been taken but it wanted to give the OBR sufficient time to prepare detailed forecasts in case the chancellor decided to go ahead with tax and spending decisions before Christmas.

The chancellor is still planning to announce a multiyear spending review before the end of the year, but this does not need to coincide either with the forecasts or any Budget. The end-of-year deadline for the spending review cannot be moved because local authorities and government departments need time to plan their 2021-22 budgets and council tax levels.

When it produces a forecast, the other legal duty of the OBR is to assess publicly whether the government is on course to meet its fiscal rules. 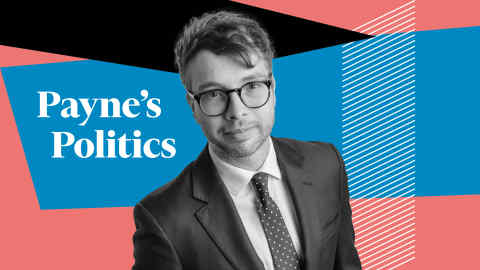 The official fiscal rules are still those set by Philip Hammond, when he was chancellor in 2016, containing criteria that have been smashed by the coronavirus crisis. In his statement, Mr Sunak did not commit to setting a new fiscal framework for OBR to use, again giving the government more time to decide how it wants to run fiscal policy in future.

This is a change from the July summer statement when Mr Sunak said autumn was the time for a third phase in his economic plan which would deal with the challenges in the public finances and “put our public finances back on a sustainable footing”.

To be able to continue collecting certain taxes, the government needs to have a Budget before the new financial year starts next April, by which time the Treasury hopes the outlook for Covid-19 and the economy will be clearer.

Uber to continue operating in London after winning court appeal

Aldi vows to create thousands of jobs and open 100 stores

Aldi UK profits up sharply in 2019