THE giant container that is blocking the Suez Canal has been partially refloated – but things aren’t moving freely just yet.

Teams working to free the vessel said it remained trapped for now and warned it remains unclear how long it would take to fully reopen the canal even after the ship eventually gets moving.

Footage posted on social media appeared to show the Ever Given had straightened after its stern had swung towards the canal bank enabling other ships to pass.

The 400m-long Ever Given became wedged in the shipping lane due to extreme weather conditions last Tuesday.

Inchcape, a maritime services firm, is one of several sources reporting that the boat had been freed at 4.30am local time.

Apart from goods, some 130,000 head of livestock on 11 ships sent from Romania have also been held up as a result of Ever Given’s stranding.

“My greatest fear is that animals run out of food and water and they get stuck on the ships because they cannot be unloaded somewhere else for paperwork reasons,” Gerit Weidinger, EU coordinator for NGO Animals International, told The Guardian.

Egypt has sent fodder and three teams of vets to examine livestock stuck at sea – some bound for Jordan. 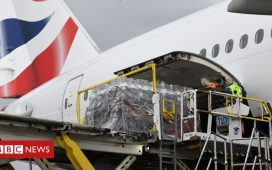 India Covid aid: Is emergency relief reaching those in need?

Tell us: how have you been affected by the fishing row in Jersey? 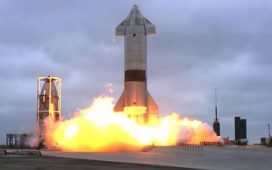