Subaru will debut the Solterra all-electric crossover early next month. The model will be the brand’s first global EV, though it will share quite a bit with the new Toyota BZ4X. The two share the same underpinnings, and also the majority of their design – Subaru does add its own touch to the front and rear fascias. Subaru will reveal the new model on November 10 in the US.

Powertrain details are still a mystery, though the Subaru will have all-wheel drive, which hints at a two-motor configuration. Information such as the crossover’s range, battery capacities, and output figures will hopefully arrive alongside its reveal, though recently released details about the BZ4X could provide a solid clue about what to expect.

The Toyota will arrive in one of two flavours – a 201-bhp, single-motor front-wheel-drive configuration or a 215-bhp, dual-motor all-wheel-drive variant. The dual-motor model can hit 62 miles per hour in 7.7 seconds. Both Toyota trims pack a 71.4–kilowatt-hour battery, with the single-motor model returning 280 miles of range on the WLTP cycle. We wouldn’t surprised to see the Subaru debut with the same numbers.

One thing that will be new when the Solterra debuts is its styling. It won’t be drastically different from the Toyota, though Subaru’s teaser images hint at the crossover having at least unique headlights and fog lights. There could be a few other front-end exterior tweaks. It’s different inside where everything released so far points to the Solterra having an interior that’s identical to the one in the BZ4X.

We’re not surprised Subaru has announced the Solterra’s debut date with Toyota releasing more details about its BZ4X just yesterday. Both the Subaru Solterra and the Toyota BZ4X will go on sale sometime next year. We expect pricing information for both closer to their on-sale dates. There will be a global reveal online, which you can tune into on the company’s YouTube page on November 10 at 7:30 p.m. ET. It debuts November 11 at 9:30 a.m. JST. 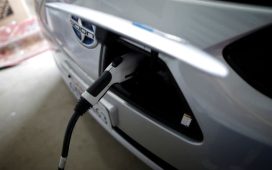 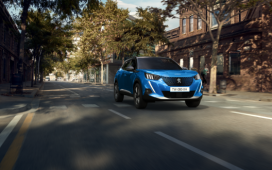 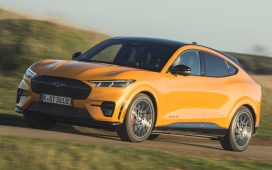 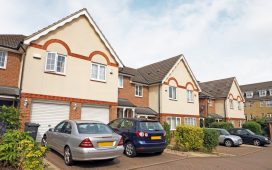 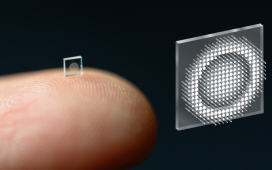