Sub-postmasters launch legal bid to be classed as workers


More than 120 sub-postmasters have brought an employment lawsuit against the Post Office arguing they should be classed as “workers” and entitled to paid holiday, pension rights and sick pay.

The high-profile case, due to be heard before the Central London Employment Tribunal later this month, could have implications not just for the sub-postmasters bringing the claim but for up to 8,500 sub-postmasters around the country.

If they are successful the Post Office could face a multimillion-pound bill at a time when the state-owned institution is still dealing with the fallout from a major miscarriage of justice involving dozens of sub-postmasters who were wrongly prosecuted for fraud and false accounting.

The Post Office says the sub-postmasters are self-employed, but they claim they are contractors dependent on the Post Office, which exercises a degree of control over the work they do. Their lawsuit is being backed by the Communication Workers Union (CWU) and will be heard over six weeks.

In the UK there are two types of employment statuses: employees and workers. Both are entitled to the minimum wage and holiday pay but employees have broader rights such as being able to sue for unfair dismissal. Self-employed contractors have none of these rights.

The case comes after a growing number of court rulings have found that individuals in the “gig economy” can be classed as workers. The Supreme Court ruled in February that a group of drivers from Uber, the ride-hailing app, were “workers” rather than self-employed. 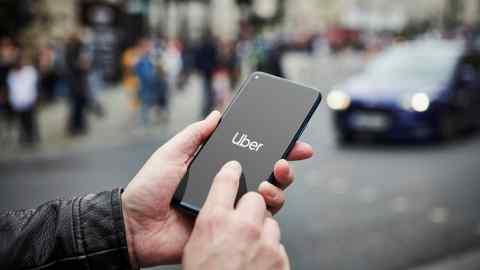 Sub-postmaster Mark Baker, 63, is the lead claimant in the employment case and branch secretary for the CWU postmaster’s branch. For 33 years he has run a post office in Larkhill near Salisbury Plain, Wiltshire.

“Sub-postmasters are part of the local community,” Baker said. “During the pandemic we had a lot of customers thanking us for being there and even leaving us gifts.

“Some postmasters earn well below minimum wage,” he added. “A postmaster earns nothing unless he sells something. You could stand there all day and not sell anything and commission rates are very low.” Dealing with a parcel which is “not a quick transaction”, he said, would only earn a postmaster 38p.

He said he believes there are some parallels with the Uber case. “The gig economy companies adopted a similar business model to the Post Office,” he said.

Binder Bansel, lawyer at Pennington Manches Cooper, who is acting for the sub-postmasters, said: “The tribunal will look at the reality of the relationship — not what they signed up for.”

The Post Office flagged the tribunal case as a potential risk in its 2019-20 annual report published in March 2021 where it said it was not in a position to “quantify the future financial implications”.

the Post Office said it was focused on resetting its relationship with postmasters and had increased annual postmaster remuneration by £27m over the past year.

“We take the issues to be discussed at a forthcoming employment tribunal very seriously,” the Post Office said. “We want to resolve them and are working very hard to find potential solutions.” It added that two serving postmasters had recently been appointed as non-executive directors on the Post Office board. 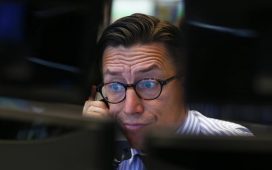