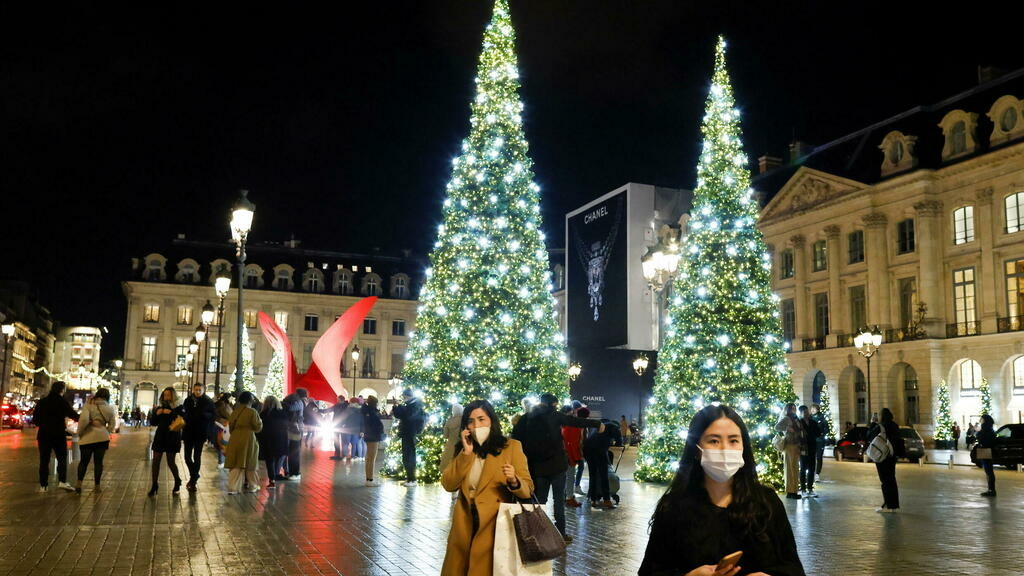 Some 18 months into the health crisis, and facing a second Covid Christmas, economic factors are adding to festive season stress this year in France and other countries.

In France, a third of people feel sad and anxious rather than joyful at the prospect of the Christmas holidays this year, according to a survey released on December 2 by Ifop and the charity Dons Solidaires.

Nevertheless, the health situation in France is arguably better than it was at this time last year. In early December 2020, France was in full lockdown amid a second wave of the virus and discussions over what kind of restrictions would need to be in place for end-of-year family gatherings to go ahead.

This year, while daily cases are rising rapidly and there are fears over the new Omicron variant, hospitalisations are still relatively low. Restaurants, shops and Christmas markets are still open and seasonal parties are – for now – expected to go ahead with no restrictions. After a muted Christmas last year, shouldn’t people in France feel boosted by the prospect of more jubilant celebrations in 2021?

It’s still not Christmas as usual, said Suzanne Black, a clinical psychologist who practices in both France and the US. “We were given this hope that Christmas 2021 would be better, and we started to build a sense of relief. Well, here we are at Christmas and we only very recently learned of yet another potentially more dangerous virus variant,” she told FRANCE 24. Black described this as a “rude awakening” from pandemic fatigue. “We tend to forget that it is still a time for necessary vigilance. Now, once again, we have to re-evaluate how we assess risk and whether we should go ahead with our plans for the holidays.”

Due to the health crisis, many of us are already living with feelings of “despair, loss of control and grief for how we once lived our lives pre-pandemic”, Black added. At Christmas time these feelings can seem all the more poignant, and the familiar stresses of seasonal gatherings – the potential for disagreements, disappointments and dashed expectations – can be exacerbated by the health crisis. Not only are we now facing the fear of becoming ill, this can be compounded by animosity from loved ones who do not see eye to eye on how to manage safety measures.

The extra stress this year is not just being felt in France. In the US, one study found that 43 percent expected the 2021 holiday season to be more stressful than last, and an October Harris Poll survey conducted for the American Psychological Association found that almost one-third of adults (32 percent) said they sometimes find themselves so anxious about coronavirus that they struggle to make basic decisions. And in Britain, a weekly poll tracking the national mood shows that since summer, happiness levels have been falling while measures for stress and sadness have been rising.

“This is a cross-cultural collective trauma,” Black says. “Holidays are times for gatherings with loved ones and there is great anticipation of good times to be shared, but there’s no respite from baseline anxiety caused by the pandemic.”

Adding to that baseline anxiety this December are unusual economic circumstances brought about by the health crisis.

The supply chain crisis, which has caused shortages of goods from lumber to microchips around the world, is already affecting people’s Christmas plans. As early as September the American Christmas Tree Association encouraged consumers to buy trees early due to “a variety of trends influencing artificial and live Christmas tree supply across the country”. A retail boom in November indicated that shoppers had taken note and started buying Christmas goods early to combat fears that supplies would run out. Even so, many have found that due to increased shipping costs and high demand, prices for all kinds of goods have gone up. Artificial Christmas trees alone are reportedly 20-30% more expensive this year than last.

A YouGov poll in Britain found that people were equally worried about supply chain issues; they ranked being unable to give gifts due to lack of stock or late delivery as upsetting as the idea of another strict lockdown being announced. The only potential Christmas restriction that would upset people more was the thought of being unable to see close family.

The rising cost of living

In the US, UK and France the cost of living has been rising at an exceptional rate, with increased expenses for fuel, food and other goods affecting household budgets. In October 2021 the inflation rate hit record highs in the US and UK. In France, where inflation rose by 2.6 percent, three-quarters of people reported that their spending power had gone down as a result. As some of the largest price increases were recorded for gas and electricity bills, 66 percent of people said they were trying to use less heating and hot water at home, and 58 percent were cutting down on extra spending.

Little surprise then that just two months later the same financial squeeze is affecting people’s Christmas plans. In one poll, Just over half of people in France said they would have to buy smaller Christmas gifts than they hoped to this year and 29 percent of parents said they would not be able to buy presents at all, compared with 20 percent last year. Similarly, in the UK, 36 percent of parents already under financial pressure told the charity Action for Children they felt more pressure to give their children a happy Christmas this year due to last year’s cancelled celebrations.

“This year families have faced that one-two punch of going through the pandemic – lots of people have lost income, they may have been furloughed, they may have lost their jobs – and now they’re going into winter and facing massive price rises,” Joe Lane, head of policy and research at the charity, told FRANCE 24. “They are worried about fuel prices and energy prices in particular, but also the price of food. Going into Christmas families are obviously desperate to afford a family Christmas, particularly families with children.” The pressure of trying to provide this often means parents themselves go without, and work extra hours to make ends meet. “All of that weighs down on people’s mood,” said Lane.

Despite financial worries around the festive season this year, in France the most important factor for a good Christmas is being able to spend time with family – an option that is still on the table for now.

Government spokesman Gabriel Attal promised last week that people in France would be able to celebrate the festive season “without reintroducing any restrictions due to the variant” before immediately clarifying that current rules could be changed if needed. A meeting of the Covid Defence Council will be held on Monday to see if this is still the case.

A flexible attitude towards Christmas plans this year – wherever you are in the world – could be the most prudent approach.

“We need to accept this new reality of living with the virus and learn to accept uncertainty as a fact of life,” Black said. Despite the inevitable sadness that may come with a curtailed holiday season, she advised us to “focus on the moment and on gratitude for what we do have in our lives”.