Students have been told to obey coronavirus restrictions or face Christmas stuck on campus.

Cabinet Minister Oliver Dowden said he hoped youngsters would be able to return to their families for the festive period.

But it relied on slashing the rate of infection, said the Culture Secretary.

Meanwhile, some school classes could double in size as education chiefs grapple with a teacher shortage.

From Monday, people across England are required by law to self-isolate if they test positive or are contacted by NHS Test and Trace. Previously it has always been advice.

Those on lower incomes who cannot work from home and have lost income as a result will be eligible for a new £500 payment.

People will banned from entering or leaving without a reasonable excuse, such as travel for work or education, and people will only be able to meet people they don’t live with outdoors for the time being. 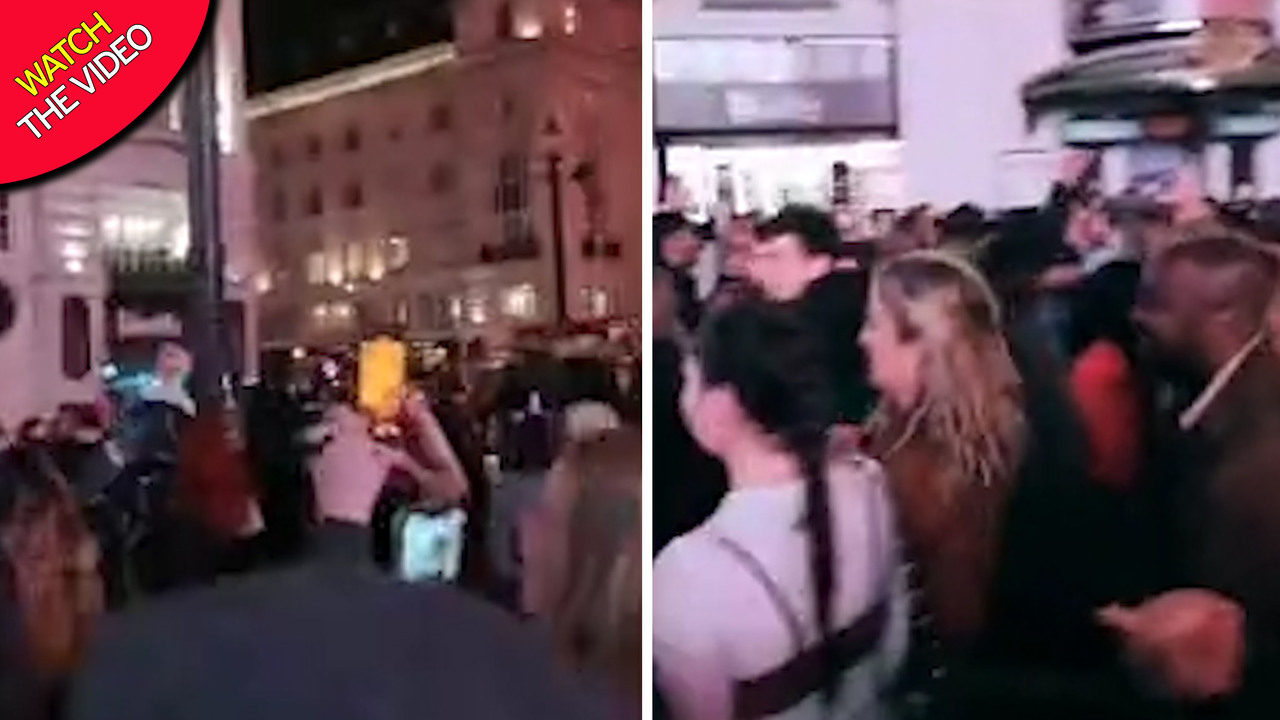 The rules come into force at 6pm on Monday.

Class sizes could rise to include up to 60 children, according to Vic Goddard, co-principal at Passmores Academy in Harlow, Essex.

See also  Lightning local lockdowns could be brought BACK to deal with Covid ‘hotspots’ emerging across Britain, minister says

The star of the Channel 4 series Educating Essex said the move could be needed because of a staff shortage.

He has arranged the school hall like an exam hall so a “masterclass” of up to 60 pupils could be taught by one teacher plus one or two support staff.

Mr Goddard told The Observer: “I can’t see us getting through this half-term without there being some major doubling up or tripling up of classes.”

“My worry is that staff absences are only going to accumulate,” he said.

A recent National Association of Head Teachers study found 45% of schools had teachers unable to attend because they were waiting for a coronavirus test.

The warning comes amid mounting fears teenagers could be barred from seeing their relatives at Christmas amid a surge in Covid-19 at universities.

Thousands of students are currently confined to their rooms following a surge in cases at institutions including Glasgow, Manchester Metropolitan and Edinburgh Napier.

More than 500 cases have been confirmed at at least 32 universities, with up to 4,000 students ordered to self-isolate for 14 days.

Mr Dowden told Sky News’ Sophy Ridge on Sunday: “I very much want students to be able to go home at Christmas and if we all pull together and observe these new rules, follow the guidance, then we will be able to get to a point where that should be possible.”

See also  BBC TV licence to rise to £157.50 a year just months before free ones are axed for over 75s

Labour called for improvements to the testing shambles so students could see their families at Christmas.

“We want young people home with their families at Christmas time and they need the testing to make sure that that can happen,” Shadow Justice Secretary David Lammy told BBC One’s The Andrew Marr Show.

“By Christmas we would have had the coronavirus for nine months – that we couldn’t get a test, track and trace system in place by then has got to be described as pathetic.

“Of course we should be able to get students back with their families after a term at university.”

Shadow Culture Secretary Jo Stevens told Sky News’s Sophy Ridge On Sunday: “We have to put safety and public health first obviously, but we have said we think that students should be allowed home at Christmas and to enable them to do that we need an effective test, trace and isolate system in place.”

She added: “Cardiff University for example, in my constituency, is testing every single student and their staff on arrival at campus.

“(Education Secretary) Gavin Williamson should be talking to universities to make sure they can all do that and put support in place for them to do that.”

Oxford University’s professor of theoretical epidemiology Sunetra Gupta called on ministers to protect the vulnerable and elderly while letting others, including students, live normally.

“What we really want to do right now is to prevent the situation whereby students are locked up in university halls,” said Prof Gupta.

“I think we can somehow try to go to school without any restrictions, universities to go back and halls not to lockdown just because there has been an outbreak amongst a group of people who aren’t at risk.

“As a university teacher, I am prepared to take what little risk there is to my life to be able to teach students face to face.”

But University and College Union general secretary Jo Grady said education chiefs should “stop pretending this is business as usual” while thousands of students were locked down in “prison-like conditions”.

She said: “It’s not simply about people not sticking to rules; universities are inherently shared spaces.

“Despite all warnings the Government and universities encouraged a mass movement of a million students with no functioning test and trace, no testing when people arrive on campus.

“This is not sufficient, they need to move heaven and earth now to make sure that students who are locked in accommodation can have a managed and safe return home if that’s what they want to do, that they should be released from their accommodation contracts and, as a matter of urgency, teaching, where possible, is moved online for the remainder of this semester.”

Speaking at his party’s online conference, Lib Dem leader Sir Ed Davey called for “some financial support” for students at university during the pandemic.

He added: “I’m very worried about them and I hope the Government won’t just act financially, but will actually work with universities to help these young people.”

Conservative Party chairwoman Amanda Milling said: “There are no plans to keep students at university over Christmas and Labour is deliberately creating unnecessary stress for young people to score political points.”