Stuart Broad was left out of England’s side for the first Ashes Test, with left-arm spinner Jack Leach picked ahead of him 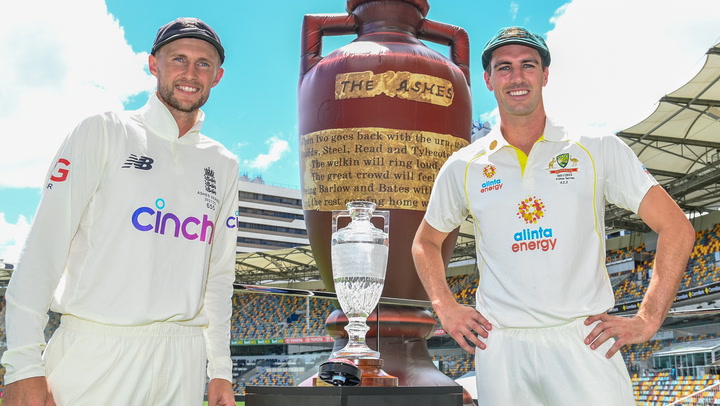 England made the big call to leave Stuart Broad out of their side for the first Ashes Test against Australia at The Gabba, opting for the spin of Jack Leach instead.

Having already decided to rest James Anderson, England entered an Ashes Test without either Broad or Anderson for the first time since 2006.

Explaining their thinking at the toss, England captain Joe Root said: “We are blessed with a very good seam attack and it was a difficult decision to make. There’s five Tests and it’s important they’re ready to go when called upon at any time.”

Stuart Broad was left out of England’s side for the first Ashes Test, with left-arm spinner Jack Leach picked ahead of him
(

Speaking on Fox Cricket, Warne criticised the absence of both Broad and Anderson, saying: “Australia lost the first Test at The Gabba for the first time in 30 years last year.

“I would have been hitting them right between the eyes with Anderson and Broad. Unfortunately they have decided to rest them.”

Broad dismissed Warner seven times in ten innings in that series, with the opener managing just 61 runs at an average of 9.50.

“I keep going through the Stuart Broad decision and I keep thinking ‘is there more to it?’,” he told BT Sport.

“The most relieved man will be David Warner. All his preparation the past two or three weeks, his visualisation of how to play against Broady.”

Harmison added: “You’ve got a green surface, you’ve got a Kookaburra ball which is said will swing more. Not only does it swing more, it stays good for longer.

“I hope there is more to the injury and they’ve gone ultra-safe on that front. I hope [it’s the case] rather than they’ve said ‘these are the best four bowlers on this surface’.”