NEWSCABAL
Home » Stroke: The drink that could increase risk of stroke threefold when consumed ‘once daily’
health

Stroke: The drink that could increase risk of stroke threefold when consumed ‘once daily’


Stroke is the outcome of blood supply to the brain being cut off. The first symptoms of this obstruction are typically confusion, numbness, and an inability to speak, all of which warrant immediate medical intervention. Fortunately, it is widely believed that the majority of stroke incidents are preventable. One drink should be avoided as much as possible, as it may increase the risk of a deadly incident threefold.

Stroke involves damage to the tissue caused by burst blood vessels or the formation of a blood clot in the brain.

There are a number of factors that can lead to this, with high blood pressure and diabetes two well-known culprits.

But numerous studies have also flagged artificially sweetened drinks as being harmful, with one highlighting strong associations between the beverage and dementia and stroke.

The study, which drew on data from the Framingham Heart Study, sought to investigate the link between sweetened drink consumption and the risk of stroke and dementia.

READ MORE: Dementia: One drink may age the brain by ‘11 years’ when consumed more than twice daily

“When comparing daily cumulative intake to zero per week, the hazard ratios were 2.96 for ischemic stroke and 2.89 for Alzheimer’s disease,” noted the authors.

“Sugar-sweetened beverages were not associated with stroke or dementia.”

Matthew Pase, lead author of the study, explained there are numerous plausible factors explaining why a link between sugar drink intake and stroke risk did not arise in his study.

“There are a number of possible reasons,” he said. “One is that in our sample, people didn’t frequently consume regular soda – more drank diet drinks.

Although artificially sweetened beverages are generally deemed safe for human consumption, their damaging effects on overall health have been widely noted.

Guidelines put forward by the World Health Organisation in 2015 explained a single can of sugar-sweetened soda contains about the upper limit of the recommended 25-50 grams per day.

“This issue should be emphasised widely, and more awareness should be raised to decrease its further use to improve the quality of life thus eliminating its negative consequences,” wrote the authors of one paper published in the journal Cureus. 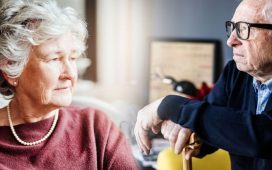 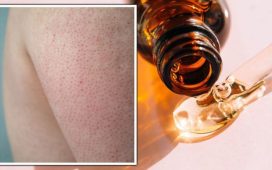