Stress ages you – here’s how to remain youthful and resilient

A bit of stress can be good for your mental and physical wellbeing, but too much can lead to anxiety, depression and other health problems. It can also make you age faster. So learning to become more stress-resilient is important if you’re not in a hurry to grow old fast.

Studies have shown that people who aren’t good at managing their stress can increase their risk of dying prematurely by 43 per cent. The increase in deaths might in part be due to the effect stress has on DNA.

DNA, which is found in nearly every cell (except red blood cells), contains genes that code for the building blocks (proteins) that comprise your body. DNA consists of two strands woven together in the famous ‘double helix’. Your cells are constantly making copies of themselves, and when a cell divides, the two strands unravel and an identical copy is made of each — well, most of the time.

Sometimes mistakes happen during the replication process, especially at the end of DNA strands. These mistakes can cause mutations in the copied DNA, leading to the cell becoming cancerous. Luckily, cells have protective caps called telomeres at the ends of the DNA strand that are designed to ensure these mistakes don’t happen.

Telomere caps are like sequences of beads (telomeric repeats). Each time the cell divides, the next generation loses one bead of telomeric repeats. Unfortunately, each cell has a fixed number of these repeats, meaning that it can only replicate a certain number of times before the protective telomere caps are eroded. This number of cell divisions is called the Hayflick limit. Once a cell reaches the Hayflick limit (up to 60 cell divisions, for most cells), it self-destructs (safely). This is the essence of ageing.

Some cells in the body, especially the immune cells that fight infection, possess molecules called telomerase. Telomerase can add the beads back (telomeric repeats) in immune cells (and some others, such as cancerous cells), meaning that ageing can be reversed in these cells.

This makes sense as immune cells have to replicate many times to fight viruses and bacteria. Without telomerase, they would reach their Hayflick limit and disappear, leaving organisms with no protection. Unfortunately, however, even telomerase stops working properly when people reach their 80s and lose their immune cells to ageing.

It’s not all beyond your control

Smoking, excess alcohol consumption, being overweight and stress are all associated with telomere loss. Telomerase does not work as efficiently when a person suffers from excessive stress, and this causes premature ageing.

Adopting a healthy lifestyle, such as eating a plant-based diet, can stop and even reverse the process. And physical activity, especially intense exercise, can also increase telomerase activity. So leading a healthy life can decrease the speed of ageing, as can managing your stress.

As we mentioned earlier, not all stress is bad. In psychology, we differentiate between ‘eustress’ (positive stress), which is necessary for us to succeed at work, in sport and relationships, and ‘distress’ (negative stress), when pressure becomes too much for us to manage. Distress is what most of us mean when we say or feel that we are stressed; it is also what might speed up ageing in your cells.

So there is no need to protect yourself from all stress, only the distress that lasts for a long time, is relentless and prevents you from living your life to the full.

Embracing stressful events and using coping strategies, such as seeking help from friends or becoming resourceful when dealing with challenges, can create stress resilience, which in turn is associated with longer telomeres. Also, reappraising an anxiety-provoking event, such as taking on a public speaking engagement, by perceiving it as exciting can help you to manage stress. These techniques can stop eustress from becoming distress and enhance stress resilience.

Other techniques include doing things that enhance your positive emotions, such as reading a book, listening to music or playing a computer game. Experiencing positive emotions broadens your mind, allowing you to perceive and draw from your psychological, intellectual and social resources, especially when experiencing adversity.

We can’t yet be sure that these psychological strategies affect telomeres and by extension the ageing process. However, telomere length and telomerase activity in your cells do seem to be negatively affected by stress and positively affected by stress management. So if you have lifestyle changes you can make to help you develop stress resilience, you might want to adopt them. They might not make you live as long as an Arctic shark, but they could add some precious years onto your life.

By Jolanta Burke, senior lecturer; and Padraic J Dunne, lecturer, both at the Centre of Positive Psychology and Health, RCSI University of Medicine and Health Sciences, Dublin


MORE : What to do if you’re stressing about your freelance tax return


MORE : How to care less about what other people think


MORE : Post-traumatic stress disorder inquiries have ‘risen by 50%’ since the pandemic began 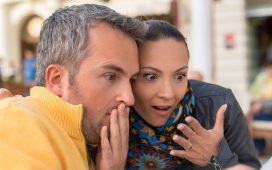 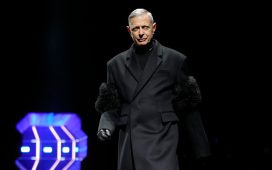