STRANGER Things star Millie Bobby Brown has hit out at the ‘inappropriate comments’ and ‘insults’ aimed at her in an Instagram post.

The actress has played Eleven on the Netflix series since she was 12 and took to social media on her 16th birthday to discuss the sexualization she has been subjected to.

Captioning a montage video, which featured Justin Bieber’s new song Changes, the star wrote: “ya girls 16 :). 16 has felt like a long time coming.

“i feel like change needs to happen for not only this generation but the next. our world needs kindness and support in order for us children to grow and succeed” [sic].

“there are moments i get frustrated from the inaccuracy, inappropriate comments, sexualization, and unnecessary insults that ultimately have resulted in pain and insecurity for me. but not ever will i be defeated” [sic].

Despite the criticism, the Godzilla actress continued: “ill continue doing what i love and spreading the message in order to make change.

“let’s focus on what needs changing and I hope this video informs you on the things that go on behind the scenes of the headlines and flashing lights.

READ  25 Essential Things You Should Know About Harry Styles

The teen became one of the youngest Emmy nominees ever when she was shortlisted for her performance in Stranger Things aged 13.

Recently, fans were left were awestruck when Millie walked the red carpet of the 2020 Screen Actors Guild Awards in a custom ensemble by Louis Vuitton.

Fan’s were overwhelmed with how much older Millie appeared – since her Stranger Things debut in 2016.

“I wish I dressed as well as Millie Bobbie Brown at 15,” read a tweet.

Another penned: “Someone tell me how Millie Bobby Brown went from being a child to looking like a mature young woman so fast”.

put his foot in it

Prior to the start of the awards ceremony in Los Angeles, Millie was interviewed on the red carpet about getting older and how much her life has changed in her “forming years of being a teenager.”

“It’s difficult because I’m still growing…. I haven’t evaluated that yet so I’ll get back to you, when I’m not a teenager.”

Selena Gomez speaks about bipolar disorder for first time: ‘It doesn’t scare me once I know it’

These Services Deliver Wine & Spirits Straight to Your Doorstep

Hawaii Five-0 series finale: Alum Will Yun Lee looks back on ‘causing chaos’ as ‘crazy’ Sang Min in the pilot and beyond 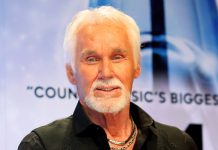