The public have been warned to keep abiding by Covid rules as the end of lockdown approaches, amid a falling “sense of risk” and fresh data showing increased mingling between households.

Before the further easing of rules in England on Monday – when outside meetings will be permitted in private gardens for groups of six – the public already appears to be feeling more comfortable seeing others.

The proportion of adults meeting up outdoors with someone not in their household or bubble, or related to work or education, appears to have steadily risen: 23% of adults admitted to this in the most recent week of ONS data, compared with 13% in mid January.

Despite this, a member of the government’s behavioural science panel emphasised that the overall picture was one of high compliance with basics such as mask wearing, social distancing and hygiene.

Prof Stephen Reicher of the University of St Andrews added that it was important not to focus on the rule-breaking exceptions – but he said one important trend was that people’s sense of risk was falling rapidly.

“We know that if people think there is no risk they will see less reason to abide by restrictions,” said Reicher, a member of SPI-B, the behavioural science subgroup of the Scientific Advisory Group for Emergencies (Sage).

Data on Friday also showed that the latest R value for the UK is 0.7 to 0.9, meaning that on average every 10 people infected will infect between seven and nine others.

In an apparent sign of concern before better weather and as rules further ease, authorities in London have reminded the public to continue to respect social distancing to ward off a spike in Covid-19 infections.

“Although some restrictions will soon be eased, we are still in a national lockdown – and it’s crucial that we all follow the rules to prevent a new spike,” said Colin Buttery, a local government official in London responsible for open spaces.

“Londoners have already made huge sacrifices to cut infection rates, and there is light at the end of the tunnel. But we can’t afford to be complacent now and allow this virus to spread.”

The country’s largest police force is finalising a policing plan around Monday’s lockdown rule changes, but will continue to focus on breaches that are seen to be causing the most harm.

It will focus more resources, the Guardian understands, on areas of London where the infection rate is highest, and prioritise reports of large gatherings indoors such as house parties and music events in abandoned warehouses.

In an apparent sign of increased activity in society as a whole, the force is also becoming busier in policing other non-lockdown areas of crime.

Council chiefs have also been using social media to remind the public to stick by social distancing from Monday outside London.

“We need to get across the message that there is a roadmap and it is about taking it in stages. We need to remind people about not just going out with gay abandon in the belief that it’s all over even before April 12,” said John Holdich, the leader of Peterborough City Council.

He said the public had behaved well in general in Peterborough, though he said that particular challenges continued to include large numbers of people travelling to work in minibuses to work in fields or in packing factories.

“Although our infections have been coming down, they are not coming down as fast as they have in other parts of the country. So we are doing what we can; when it comes to the minibuses, for example, we are using loudspeakers and the languages people use.”

Concerns about a slippage in rule adherence come as the latest data from the ONS shows a levelling-off in England for the percentage of people testing positive for the Covid in the week ending 20 March.

The ONS, which conducts a survey based on swabs from randomly selected households, found that about one in 340 people in the community were thought to be infected that week – approximately 162,500 people. Such levels are similar to those seen in late September.

Wales and Northern Ireland also show a plateau, with about one in 450 people in the former and one in 320 in the latter thought to be infected in the week ending 20 March, while Scotland has seen a slight rise in the percentage of people testing positive, with one in 240 estimated to be infected in the most recent week.

The ONS data suggests a rise in the percentage of people testing positive was seen for secondary school children. There are also regional variations, among them an increase in the north-west, and potentially Yorkshire and the Humber, and declines in the south-east and the east of England.

Steven Riley, professor of infectious disease dynamics at Imperial College London and a member of the government’s Scientific Pandemic Influenza Group on Modelling (SPI-M), said the vaccination programme means the current levels of infection indicated by the ONS data are likely to lead to fewer hospitalisations and deaths than for similar levels last year.

However, he added that the finding that around one in 340 people in the community in England have Covid still presents a significant risk of infection, particularly to those who have not yet been vaccinated.

In terms of adherence to the Covid rules an ONS survey ofmore than 6,000 adults in Britain found that 88% of people said they avoided physical contact outside their home over the period of 17 to 21 March – compared with 92% the week before.

Likewise, 42% of people said they stayed at home or only left for work, exercise, essential shopping or medical needs – down slightly from 45% the previous week.

The proportion of adults meeting up outdoors with someone not in their household, childcare or support bubble, or related to work or education, appears to have steadily risen: 23% of adults admitted to this in the most recent week, compared with 13% in for 20-24 January. The proportion having such meetings indoors has risen from 10% to 14% over the same period – a slower rise.

But whether this constitutes rule-breaking is another matter – at present people in England can meet one other person outside, while in Scotland the rules have been relaxed to allow up to four adults from two different households to meet outdoors since 12 March. 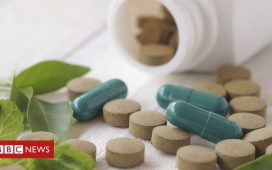 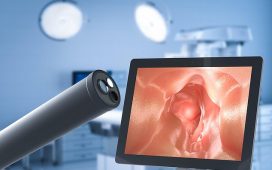 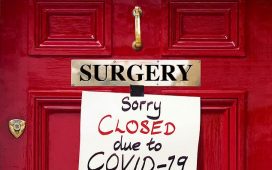 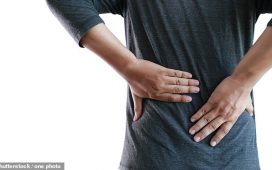 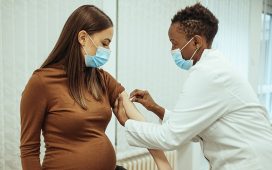