NEWSCABAL
Home » Steve Simon: the WTA boss placing principle ahead of profit in standing up to China | Courtney Walsh
sports


Shortly before Steve Simon was appointed chair of the WTA Tour in 2015, he orchestrated the end of one of the great boycotts in tennis. In brokering the return of Serena Williams to Indian Wells, a tournament he served as chief executive for more than a decade from 2004, Simon did tennis a significant service.

The incident demonstrates the character of a leader who has stunned the world by placing principle ahead of profit in suspending tournaments in China in 2022 due to the extreme concern the WTA holds for Peng Shuai.

When returning to Indian Wells, the biggest tournament outside the majors, in 2015, Williams praised Simon’s professionalism, noting “he cares about the opinions of the players”. The boycott was sparked when the American superstar was subjected to booing she is certain had racial undertones after her triumph in the Coachella Valley in California in 2001. “He is a good listener and he has our best interests in mind,” Williams said.

This is a leading trait for a man who started off in the sport industry as a tennis coach and is now considered a skilled, innovative administrator capable of deft leadership. Maria Sharapova benefited from his support, rightly or wrongly, during and after her return from a doping sanction in the infancy of his leadership of the WTA Tour. During the initial Covid-19 storm, he spoke regularly to players including Ash Barty and Simona Halep to gauge their reactions, placing an emphasis on the health of participants.

American tennis journalist Peter Bodo recently described Simon, who played mixed doubles at Wimbledon in the 1980s after a collegiate career at Long Beach State University, as appearing more like an accountant than a field general. The level of leadership he has shown in dealing with an authoritarian regime on a matter of principle and player safety is very much in keeping with the latter.

A social media post from Peng on 2 November, accusing a senior Chinese Communist Party leader of sexual assault, has sparked a remarkable intervention from Simon. By suspending all WTA tournaments in China and Hong Kong in 2022, the American has demonstrated again that he will listen to and put the interests and welfare of his players’ first.

“None of this is acceptable, nor can it become acceptable,” he said. “If powerful people can suppress the voices of women and sweep allegations of sexual misconduct under the rug, then the basis on which the WTA was founded – equality for women – would suffer an immense setback. I will not and cannot let that happen to the WTA and its players.”

The price is significant. It has the potential to cost the WTA what is estimated to be more than $1bn in revenue. It also effectively upends years of investment in building relationships in the Asia-Pacific. Simon said the WTA could return to China in 2023 if a transparent investigation into Peng’s allegations occurs and if it is completely satisfied for her safety. But it is difficult to see China viewing the extraordinary protest with anything other than anger.

It is also at odds with the actions of other sporting bodies, with the candour of the WTA chief executive casting in ordinary light some fellow tennis partners and other sporting organisations. There are other risks for current members of the WTA Tour and administration to consider. What does the touring future hold for the six Chinese women currently ranked inside the world’s top 200 players, for example?

It continues to be an extremely stressful time for Simon and the entirety of the WTA. Many in the tennis world stand with them. Billie Jean King said the WTA is “on the right side of history in supporting our players”, while Martina Navratilova, who defected from Czechoslovakia, called it a brave and principled stance.

The ATP Tour provided an initial statement of support for the WTA and Peng in November, although it is yet to clarify its commitment to tournaments through the October swing in China. Australian John Millman, who is on the ATP Players Council, said there are “far bigger things in the world than a game of tennis” to consider, while the USTA described the leadership as courageous and what is needed to “ensure the rights of all individuals are protected”.

In the WTA’s 2021 media guide, Simon was hailed for his globalisation of the WTA and its expansion into the Asia-Pacific. The challenge now will be to find new markets to thrive in.

The pandemic, despite its challenges, has provided a template. The WTA Tour Finals held in Guadalajara in November had a fraction of the prize money offered by Shenzhen, which has a contract worth A$210m extending through to 2030, but proved successful given the attendances and atmosphere on site. There has also been no shortage of countries seeking temporary Covid-19 licences. The inaugural WTA event in Nur Sultan, Kazakhstan in September is an example.

Existing markets including the United States, Europe and Australia have also provided more playing opportunities for women over the past two years. While it continues to fight for human rights as a core objective, the WTA will look to convert other opportunities under Simon’s stewardship. 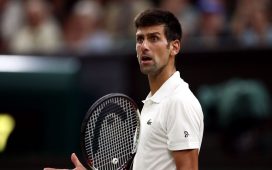 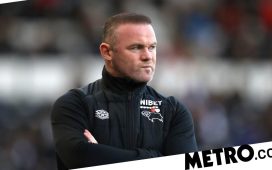 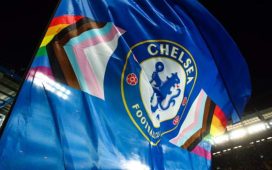 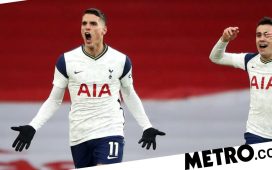 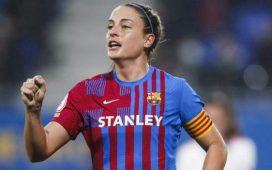