Stefanos Tsitsipas’ impressive Wimbledon run was brought to an end on Manic Monday as he failed to deal with the ruthless serving power of John Isner.

The young Greek Next Gen star had wowed crowds at the All England Club with his all-action style, particularly his Boris Becker-esque dives, and he has now firmly established himself as one of the most exciting prospects in the sport.

The Greek admitted had been studying clips of Roger Federer closely in order to improve his own game, with the Swiss’ famous encounter with Pete Sampras in 2001 getting a lot of airtime.

‘Federer is – when you watch Federer, it’s like the best thing on television. It is,’ he said. ‘But Federer has such a good game for grass. He’s just an example.

‘I actually, before every match, the night before, I used to – I mean, I was watching YouTube videos of him playing on grass, matches that he played against Pete Sampras when he was actually younger and pretty close to my age. So I was inspired. I wanted to play exactly like him and do the same results.

‘I remember this match with – I watched it two, three times this week – with Pete Sampras. I think it was the fourth round of Wimbledon. He won that match, and it’s an inspiration.

‘He was so young and he was just – he was coming out of nowhere, and then the whole world knew straightaway who Roger Federer is, what he can do on the court.’

Tsitsipas went on to explain what he could learn from the Swiss, adding: ‘I would say the aura he has on the court, the net game, the quickness.

‘This very calm aura that he brings on the court, that even if everything goes wrong, it still seems like everything is perfect and it’s okay.

‘His serve, of course. He used to – actually, to me, it seemed to me he used to serve and volley more that time than now. Now he’s adding more variety, he’s staying back, he makes the opponent confused. 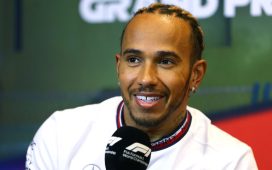 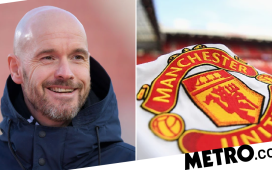 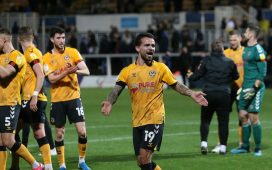 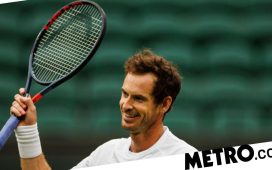 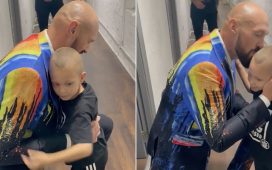 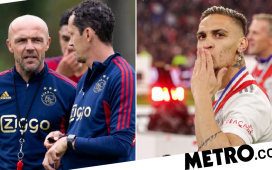