Staying At The Front Of The Global Automotive Race


The automotive sector has long been one of the jewels in the Midlands’ crown.

But with such big changes happening – from electric vehicles to driverless – how well-placed is the region to maintain and enhance its global reputation?

To address this and other topics a panel discussion was chaired by TheBusinessDesk.com’s Midlands editor Sam Metcalf and sponsored by Invest Coventry & Warwickshire.

Russell said the pace of change is so fast, people employed in the industry today have to face up to the fact that half of what they are working on now could soon be redundant.

For example, he pointed out a fully connected and automated vehicle may not require standard safety features such as airbags and crush zones.

“I compare this period to when they used to make horseless carriages,” he explained. “We’re in a period where we are adapting old technology. But after that we’ll really start to exploit the opportunities provided by this new technology.”

Reeves said advances in technology will dramatically accelerate the speed at which vehicles can be updated.

“Traditionally we’ve worked on five-year life cycles, but that is changing fast,” he explained.

He pointed out cars can now be updated using “over the air” (wireless) updates, which refresh software and introduce new functionality during the vehicle’s lifespan.

And he outlined how the development of digital/virtual engineering means new vehicles can be produced faster and at a lower cost.

The panel looked at some of the hurdles the industry faces – one of which is a shortage of skilled workers.

Horobin said the issue was systemic and needs solving at a societal level.

“We’ve got to get children interested all the way down to five, six and seven-year-olds,” she argued. “It’s too late to educate 15, 16 and 17-year-olds about the industry.”

She added Make UK had put £14m into a world class training centre in Birmingham to help address the problem.

Reeves said he did not think the automotive sector had an image problem. Instead, he said: “What’s happening is that we’re having to compete with other sectors.

“We’re looking for people such as software engineers and specialists in simulation and modelling, and these people are also in demand in other industries.”

But she said some firms were responding positively to the challenge by exploring export opportunities across the globe.

Russell said Brexit’s main impact on his business has been on recruitment, as it is taking longer to get the necessary paperwork for employees from Europe. 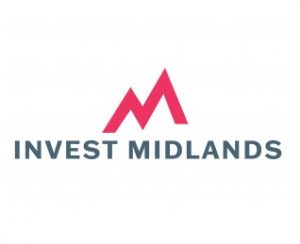 Invest Midlands is a one-day virtual conference bringing together business and policy leaders to set the agenda for what comes next in the region.

The event has been curated by TheBusinessDesk.com and backed by a broad coalition of organisations spanning the public and private sectors, led by EY, Shakespeare Martineau, Lloyds Bank, and Impact Data Metrics.

Find out more about the event here.