NEWSCABAL
Home » Start as you mean to go on: Inside the JCB Academy
auto

Start as you mean to go on: Inside the JCB Academy


First, the Academy takes in kids (they’re referred to as ‘learners’ by the staff) from Year 10 (ages 14 and 15). I’m sitting in front of the principal, Jenny McGuirk, who is a physics teacher by trade. “The Academy was established in 2010,” she explains, “and is focused on engineering and business. We have a totally modern approach to education at the Academy, with hours that are more like those in a business, rather than a school, and our curriculum is quite different. There’s no history or geography, for example, although those subjects will be touched upon if they’re relevant. What we do have are options that learners can take up. Modern languages, for example, or product design.”

Product design? That sounds rather more interesting than religious knowledge. But then the real bombshell is dropped. Tom Greene, the vice-principal, is giving us a tour and tells me that it’s possible for the learners to take an option that increases their work in what’s known as the lathe and fitting room. “Normally they spend about four hours every fortnight on the lathes,” explains the ex-Irish Army engineering officer, “but this is extended to 10 hours if they take this option.” Sign me up for that, please, sir. 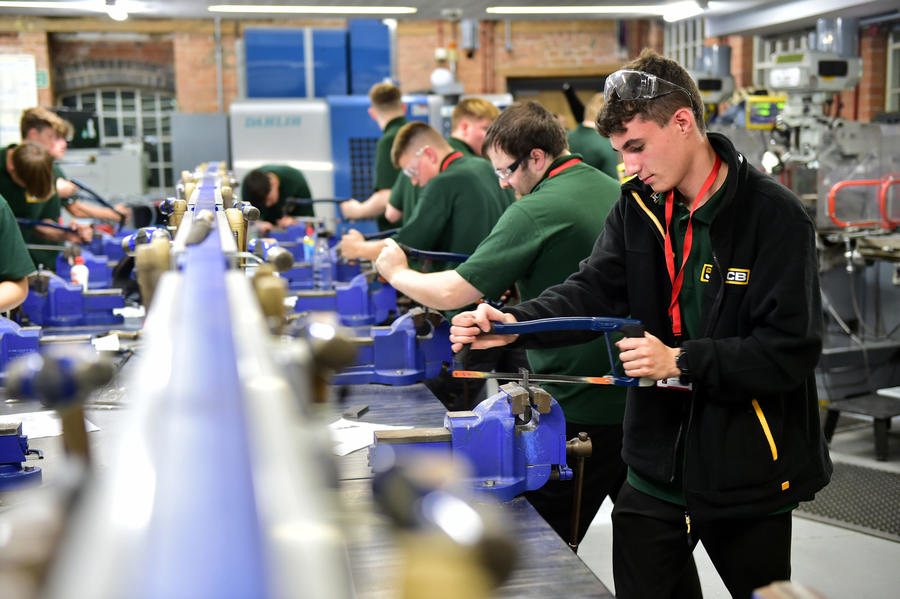 The Academy has around 600 pupils (80% are boys) split into three houses. The houses at my school were imaginatively named North, South, East and West, because of their orientation. At the JCB Academy, they’re called Royce, Bamford and Arkwright. The relevance of all are obvious, but Arkwright is particularly interesting, because the Academy is located in an old mill founded by Richard Arkwright.