Labour leader Keir Starmer has insisted there is “no reason for a civil war” in the party as he faced a backlash from leftwingers for the suspension of his predecessor Jeremy Corbyn.

Britain’s main opposition party took action against Mr Corbyn on Thursday over his response to an official investigation into anti-Semitism in the party during his leadership — stunning his allies.

The 71-year-old veteran protester retains a strong following among many of Labour’s half a million members, despite having led the party to its worst election defeat in nearly a century in December.

Len McCluskey, leader of Unite the Union, the biggest donor to the party, warned that a “split party will be doomed to defeat”.

“It is also an act of grave injustice which, if not reversed, will create chaos within the party and in doing so compromise Labour’s chances of a general election victory,” he said in a statement.

Mr Corbyn was suspended after he claimed that anti-Semitism in the party was “dramatically overstated for political reasons” minutes after the Equality and Human Rights Commission found that the party had been responsible for unlawful acts of discrimination and harassment.

Sir Keir told Sky News on Friday morning that he did not want a split in the party. “I stood as leader of the Labour party on the basis I would unite the party, but also that I would tackle anti-Semitism,” he said. “I think both of those can be done, there’s no reason for a civil war in our party.”

The Labour leader said he supported the “very difficult action” taken by general secretary David Evans to suspend his predecessor. “This is a matter of values for me,” he told the BBC’s Today programme.

He said he had wanted to “draw a line in the sand and move the party on to restore trust” on the issue on Thursday. Instead, Sir Keir said he had been “deeply disappointed” by Mr Corbyn’s response to the EHRC report.

The question of further potential sanctions for Mr Corbyn — including potential expulsion — would be a matter for the party’s governance and legal unit.

“We need to recognise the hurt and pain to Jewish members, those driven out of the party, to respond by saying it was exaggerated just adds to that pain,” he said. “The response yesterday should have been the same as mine, which is to accept the findings and apologise for the grief caused to Jewish communities.”

James Schneider, former spokesman for Mr Corbyn, said: “Keir’s decision was so foolish. I would appeal to all leaders of the Labour movement . . . to come together and find some way through this because it (otherwise) ends very badly for everyone involved.”

John McDonnell, former shadow chancellor, described the suspension as “profoundly wrong”. But threats by some leftwing MPs to quit the party in solidarity with Mr Corbyn had not materialised by Friday morning.

The EHRC report has been welcomed by Jewish groups. Ruth Smeeth, former Labour MP and vice-chair of Jewish Labour, told Times Radio that people such as Mr McCluskey needed to remember that “Labour is an anti-racist party” — and be “very aware of their own culpability in all these issues”.

The Labour leadership took action on Thursday after Mr Corbyn wrote on Facebook that he did not accept all of the findings of the report and added: “One anti-Semite is one too many, but the scale of the problem was also dramatically overstated for political reasons by our opponents inside and outside the party, as well as by much of the media.”

The anti-Semitism inquiry, which began in May 2019, found that the party under Mr Corbyn was responsible for three breaches of the Equality Act (2010) during his four-year leadership.

Those breaches related to harassment, political interference in anti-Semitism complaints and failure to provide adequate training to those handling complaints.

Sir Keir has promised to implement all of the EHRC recommendations, including an improved complaint handling process, an updated social media code and new training for staff. 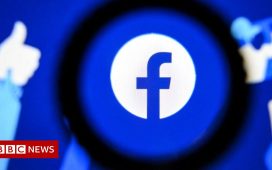 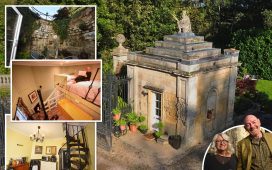 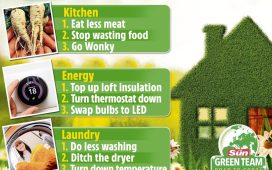