Keir Starmer has said a Labour government would not seek to nationalise the big six energy companies, apparently ditching a leadership campaign pledge to “support common ownership of rail, mail, energy and water”.

Appearing on BBC One’s Andrew Marr show on Sunday as Labour’s annual conference kicked off in Brighton, Starmer was asked directly whether he would consider nationalising the key energy providers to tackle the energy crisis. He replied: “No.”

Instead, he said Labour would advocate nationalisation only when it would deliver improved value and services for taxpayers.

During his Labour leadership campaign, one of Starmer’s 10 key pledges was that “public services should be in public hands, not making profits for shareholders. Support common ownership of rail, mail, energy and water.”

The shadow business secretary, Ed Miliband, suggested on Newsnight earlier in the week that the party was about to renew its commitment to common ownership of energy and other public resources.

“We haven’t changed that commitment,” Miliband said. “If we’re going to make this green transition, then public ownership is the right way to go.”

Starmer will make his first in-person conference speech to Labour members and MPs on Wednesday, after kicking off the gathering with an internecine wrangle about how his successor will be chosen.

He defended his decision to push for a change in Labour’s leadership rules at the conference, saying “a tough, strong leader makes tough decisions”.

Starmer also gave a veiled slapdown to his deputy, Angela Rayner, who spoke at a fringe meeting on Saturday night calling the Conservatives a “bunch of scum, homophobic, racist, misogynistic, absolute pile of banana republic …”

The Labour leader said it was “not language I would use” and said “Angela and I take different approaches”. Asked if she should apologise, he said: “That’s a matter for Angela, but I would not have used those words … I will talk to Angela about it later on.” 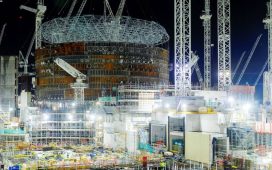 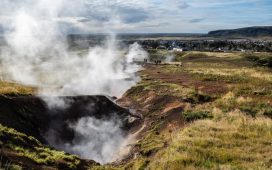