Sir Keir Starmer has declared that winning is more important than unity, in a defiant message to the left of his party ahead of his first “in person” conference speech as Labour leader.

Starmer is set on facing down criticism from left-wingers in Britain’s main opposition party and determined to shift towards the middle ground after the “hard-left” leadership of predecessor Jeremy Corbyn.

Asked by the BBC on Tuesday whether his priority was winning or party unity, he replied: “Winning. Winning a general election. I didn’t come into politics to vote over and over again in parliament and lose and then tweet about it.”

Starmer was elected as party leader in April 2020 but the Labour conference later that year was cancelled because of the Covid-19 pandemic. His previous addresses to his party have been via video.

“I can’t wait to get on stage and be in front of a crowd,” he told the BBC, ahead of his speech which has been billed as a personal account of his political beliefs. “He has to introduce himself to the country,” admitted one senior Labour MP.

The Labour leader will not mention his predecessor Jeremy Corbyn as he seeks to draw a line under the previous leadership with an assertive pro-business, fiscally responsible approach. 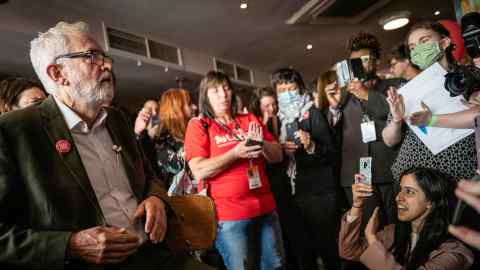 In an essay published last week, Starmer mentioned “business” 29 times and made no mention of “socialism”.

He will make an implicit criticism of Corbyn’s Labour manifesto in 2019 which featured huge tax and spending rises and mass nationalisations. The last general election resulted in the party’s worst defeat for 80 years.

He will say: “Labour will never again go into an election with a manifesto that isn’t a serious plan for government.”

Starmer will allude to the widespread public view that Labour governments lack fiscal discipline, saying: “Too often in the history of this party, our dream of the good society falls foul of the belief that we will not run a strong economy.”

The Labour leader this week forced through changes to party rules that would make it harder for leftwing members to field a candidate for the leadership or to deselect moderate MPs.

In a sign of the continuing tensions, members of the Bakers, Food and Allied Workers Union voted to disaffiliate the union from the party, citing a “factional internal war led by the leadership”.

But Starmer will turn most of his fire on prime minister Boris Johnson, questioning the Conservative government’s “competence” amid the continuing fuel shortage which has drained the country’s petrol stations in recent days.

Starmer, a former director of prosecutions, is seeking to position himself as “a serious man for serious times”, his spokesperson said.

Some party figures see a political opportunity in the looming “cost of living crisis” that will affect poorer households with inflation rising, the furlough scheme ending, cuts to universal credit, a rise in national insurance and spiralling gas prices.

Starmer will criticise Number 10’s failings, “exemplified by the current fuel and cost of living crisis”, and the problems that are worsening because of their long-term neglect. “The public are waking up to the small and trivial response the government is offering,” he will say.

The Labour leader will argue that the aftermath of the Covid crisis will present two alternative paths for the government. One will be to learn from the “divisions and flaws” exposed by the pandemic, and the other to ignore them. 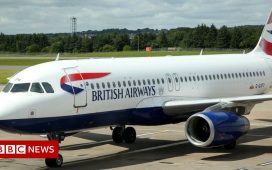 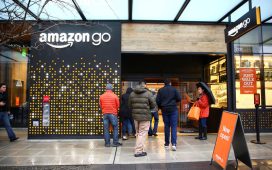